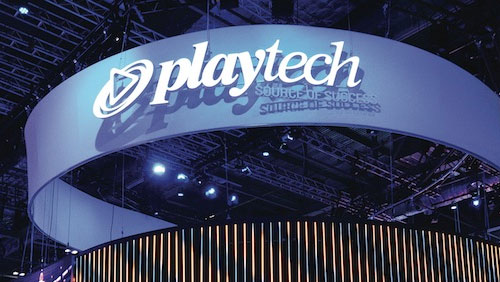 Gambling tech outfit Playtech has inked a new long-term agreement with UK-listed gambling operator GVC Holdings PLC, which will see Playtech supply its services and products to all GVC brands, both in existing and new markets, for the next six years.

The new deal, announced on Wednesday, expands the scope and duration of the current partnership between the two companies. Under the deal, Playtech’s products and services will be integrated onto the GVC platform for delivery to the GVC’s U.S.-facing joint venture with MGM, ROAR Digital. This means that GVC’s brands, many of them for the first time, will have access to Playtech’s suite of content and products.

The new tie-up with GVC demonstrates Playtech’s emphasis on “growing its relationship with existing clients by expanding into new geographies and/or additional products.” Playtech recently signed a multi-year extension with News UK to operate Sun Bingo for up to 15 years.

In an interview with Gambling Insider, Playtech CEO Mor Weizer noted that, “Following a number of acquisitions including Snaitech, we will be very focused on organic growth.”

Acquiring Italian firm Snaitech proved to be boon for the gambling software provider, which reported a 54% year-on-year growth in revenue for 2018 despite a struggling B2B division.

Revenue reached €1.24 billion ($1.41 billion) in fiscal year 2018, while EBITDA was up 7% to €343 million. The figures include Snaitech’s income and balance sheet from June 2018, when Playtech acquired a majority stake in the Italian firm.

Snaitech, which became a wholly-owned subsidiary of Playtech last August 3, contributed €511.9 million in revenue, although it also weighed heavily on the group’s operating costs for 2018. Meanwhile, Sun Bingo added €33.7 million to Playtech’s coffers, while casual and other gaming units reported €47.6 million, bringing Playtech’s total B2C revenue to €593.2 million, a 744% growth from the prior year period.

The B2B division, however, is a different story. Total revenue for 2018 was down 14% to €566 million, while casino revenue dropped 22% to €320.1 million largely due to the 41% drop in Asian revenue. The decline was partially offset by the 12% growth in regulated revenues, which account for 43% of Playtech’s total revenues for its casino division in 2018.

B2B sports business Playtech BGT Sports reported a 12% growth in revenue to €98 million following an increase in retail sports revenues, thanks to its partnership with Greek operator OPAP, along with increased revenue from the Mexican, Belgian, and UK markets.

Playtech’s services division also struggled, with revenue falling 10% year-on-year to €84.6 million although this was offset by a 12% growth in regulated market revenue. B2B bingo and poker offerings, on the other hand, reported marginal growth: bingo revenue increased 1% to reach €26.3 million, while poker was up 1% at €9.6 million. Playtech’s other sources, including its IGS casino platform, brought in a further €27.4 million in revenue, while its financials division, the TradeTech Group, reported a 9% increase in revenue to €92.9 million.

For 2019, Playtech forecasts an adjusted EBITDA in the range of €390 million to €415 million as it focuses on increasing its presence in regulated markets. In a statement, Weizer noted, “Regulated markets in Europe, Latin America and the U.S. are key to our continued growth. The company is focused on raising industry standards and enabling a fairer, safer and more sustainable sector, where Playtech’s regulated markets focused capabilities have an advantage. The company intends to increase its scale and distribution in these markets by signing new licensees.”