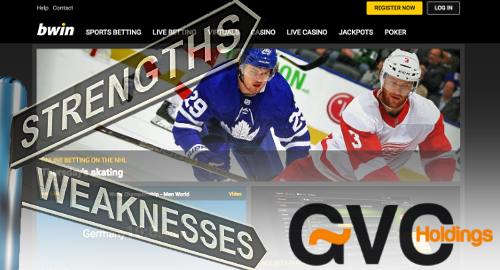 On Thursday, GVC issued a trading update covering its full-year 2018 performance, during which the company’s pro forma net gaming revenue (NGR) rose by 9% from 2017’s result, while group earnings are expected to come in between £750m-£755m, “ahead of current market consensus.”

The full-year numbers were goosed by a “very strong” online performance, which saw NGR spike 19%, in part due to a 13% rise in online sports betting turnover. That online spike helped offset a poor UK retail performance, which was down 3% from 2017.

The UK retail figures will likely stay broadly negative for some time to come, as the Q4 numbers showed over the counter (OTC) wagers falling 7% and wagering revenue down 10%. Fixed-odds betting terminal revenue was up 3%, but that vertical’s growth will come to a screeching halt starting April 1.

European retail fared better, rising 16% in 2018, and would have been higher but for a 7% decline in Q4. The Italian-facing Eurobet retail operations enjoyed higher OTC betting turnover but margins positively cratered, offsetting strong retail showings in Belgium and Ireland.

GVC’s official Q4 and FY18 figures won’t be released until March 5, but CEO Kenny Alexander said Thursday’s sneak peek was evidence that his company was “materially outperforming the market and taking share in all of our major territories.” However, Alexander conceded that the UK retail market was “in terminal decline.”

Speaking to analysts on Thursday, Alexander dismissed fears that GVC’s fledgling US market operations – its online gambling and betting joint venture with casino operator MGM Resorts, recently rebranded as Roar Interactive – would suffer from the Department of Justice’s new legal opinion on the scope of the Wire Act.

Alexander said the DOJ’s new opinion “might affect some interstate stuff, maybe affect poker to a degree, for sports betting we don’t see it having any impact.” Alexander remained bullish on the MGM JV, believing his company is “very well positioned to grab market share” in what Alexander maintains will prove “a very profitable market for us.”