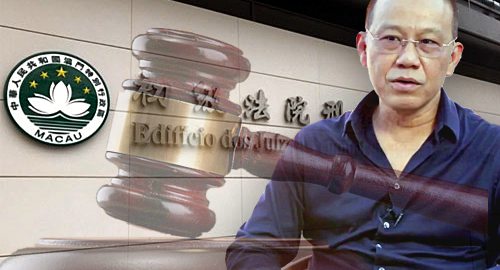 In June 2014, Phua was one of nearly two dozen individuals arrested at the Wynn Macau casino hotel for what local authorities claimed at the time was the largest illegal sportsbook ever disrupted in the Chinese special administrative region.

Two weeks ago, Phua’s long-delayed trial on those illegal gambling charges got underway at Macau’s Court of First Instance. According to attorney Tom Goldstein, who helped defend Phua on similar charges in the US in 2014 and served as a defense expert in the Macau trial, Phua and 14 co-defendants have been acquitted of the charges filed against them.

Goldstein said defense witnesses had testified that Phua didn’t arrive in Macau until moments before the local Judiciary Police (PJ) pounced on the alleged betting ring. Furthermore, the PJ were unable to provide any evidence linking Phua’s phone or computer records with illegal betting activity.

Judge Lei Wai Seng ultimately concluded that, while the PJ had complied with the law during its surveillance and takedown of the betting operation, they had failed to directly link Phua or his co-defendants to any of the activity on the seized computers or betting slips.

The prosecution has 20 days in which to decide whether to appeal the verdict. Had Phua been convicted, he faced a sentence of up to three years in prison.

The PJ originally reported that the betting operation had handled wagers worth HKD5b (US$645m) in just the first week of the 2014 FIFA World Cup. In 2016, Phua told PokerNews that he was only ‘loosely associated’ with the other arrested individuals, occasionally offering them advice on betting lines.

Shortly after his arrest in Macau, Phua was released on bail and flew to Las Vegas, where he was subsequently accused of running another illegal online sports betting operation out of several luxury villas at the Caesars Palace casino. Many of his co-defendants eventually copped pleas in order to be allowed to leave US soil but Phua chose to fight the charges.

Phua spent nearly a year under house arrest in Las Vegas until federal prosecutors admitted that they lacked sufficient evidence to proceed with the trial. The bulk of the prosecution’s evidence was deemed inadmissible after the court determined that the FBI had violated Phua’s constitutional protections against unlawful search and seizure.

A Malaysian national, Phua made a name as a casino junket operator, steering high-rolling gamblers to the VIP gaming rooms in Macau casinos. Phua was also said to be the founder and principal owner of Asian online betting giant IBCBet (which abruptly rebranded as MaxBet while Phua’s Vegas trial was ongoing).

Phua is also a recognized poker whale, routinely appearing in super high roller events and running his own poker training site. As every poker player knows, sometimes it’s better to be lucky than good.