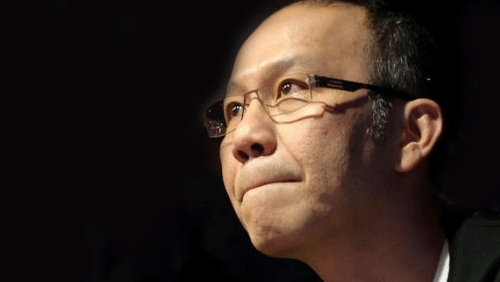 Businessman and former casino junket operator, Paul Phua, has created an online poker school with the likes of Tom Dwan and Phil Ivey bigging him up as one of the best amateur poker players on the planet.

Ok, so maybe it isn’t exactly Paul Phua, but someone operating his social media accounts looked up my name and pressed the ‘follow’ button.

Paul “MalACEsia’ Phua has decided to raise his profile in the poker community after creating a new website called: Paul Phua Poker. The website gives you a glimpse into Phua’s personal life and his route into poker via the casino junket business.

The site contains plenty of training videos with Phua acting in the role of teacher. And I assume the free-to-use model is the gateway to a pay-per-view model that will arrive sometime shortly. There is already a link to a ‘Poker School,’ but it currently takes you to the Internet’s graveyard.

And Phua has a few heavyweights backing his project. Phil Ivey is quoted on the site as calling Phua better than ‘a large percentage of professional players.’ Tom ‘durrr’ Dwan said that Phua ‘is always one of the best poker players in almost any poker game he sits down in.’

I assume Phua sits down in some easy games?

Is Phua going to use his extensive connections in the higher echelons of poker to create a series of incredible videos, or will the site be aimed at the amateurs with Phua using his ‘best amateur player in the world’ tagline to go for that particular niche?

Phua is one of many successful high-profile businessmen to become a regular fixture in the High Stakes Poker Scene in recent years joining the likes of Bill Perkins, Talal Shakerchi, Cary Katz and co., in the biggest games in the world.

In June of last year, officials cleared Phua of operating illegal online sports betting operation out of Caesars Palace in Las Vegas during the 2014 World Cup in Brazil. Phua was ordered to spend 10-months under house arrest at a friend’s house in Las Vegas and had to put up $2m in bail money and his $48m Gulfstream jet as collateral.

The FBI told the world that he was a high-ranking member of the 14K Triads.

“I am an investor, I’m a gambler, and I’m a risk taker,” Phua told PokerNews in a 2016 interview where he called the allegations ‘bullshit.’