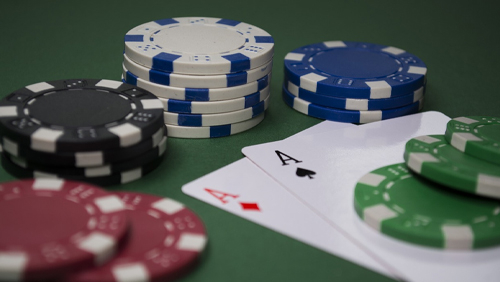 Watching your favourite poker players play poker is obviously the greatest thrill for any poker fan. We want to see the whites of our hero’s eyes as they five-bet shove absolute air and get a crying fold from the player we love to see get beaten.

There’s a special place in the hearts of dedicated poker fans hearts, however, for a slightly different way of enjoying players at the highest level going head-to-head with each other.

The Professional Poker League came along in 1999 and was notable for the sheer quality of players it attracted, not to the tables but to the Player Draft that was held before the tournament even got a chance to play out.

For many reasons this week, players such as Daniel Negreanu have been looking back at it, and the Canadian superstar piqued the interest of fans with this teaser shot of the actual VHS tape from 21 years ago.

Well poker fanboys, I found the 1999 TOC tape and the PPL launch draft cds and plan to figure out a way for you all to watch!

The PPL (Professional Poker League) was the brainchild of the late Chip Reese.

While ‘Kid Poker’ goes about transferring the footage of the 1999 Tournament of Champions – which heavily featured the late, great Mike Sexton – from videotape to uploading it online it’s fun to look back at the draft of this event.

Team captains are some of the best players in the world, including Phil Ivey, Daniel Negreanu himself (alongside Jen Harman in a team called ‘The Professionals’) and Erik Seidel, whose sensible pragmatism coupled with nervous excitement is always a thrill to see in action.

The draft picking is talked up by Mike Sexton, who draws the comparison between the NFL and NBA drafts and poker, not seeing why it should be so different and to be fair to Sexton, he is absolutely on the money. Not only did he help poker grow and make the industry a better place to be in general during his life, but his ideas were always progressive.

Looking back at the draft for the Professional Poker League, you can see why the format was revised and then revived in the Epic Poker League then GPI League. Poker players may not be naturally suited to a team format, the game being the definition of a solo sport, but entertainment loves the permutations of a poker tournament between rival sides. With eight players or so to a team, you can see how this format would work really well, perhaps in the World Series once it returns.

There’s every chance that the many ideas of Mike Sexton will continue to flourish in the years after his passing, and looking back at this entertaining draft for the PPL, it’s impossible not to feel affection for the many big names who share his passion and pride in what poker had achieved. It was four years after the 1999 Tournament of Champions that Moneymaker would win the 2003 World Series of Poker Main Event.

Many champions have come and gone since, and dozens of them are on display right here: