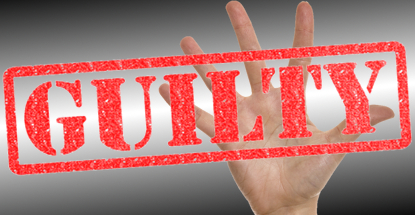 Five defendants in the Paul Phua-led illegal sports betting ring pled guilty in Nevada courts this week. A total of eight defendants were arrested in July after FBI agents raided three luxury villas at Caesars Palace in Las Vegas following a highly contentious warrantless search of the premises. News that the five defendants had reached plea deals was first reported last week, along with news that charges against a sixth defendant, Wan Kin Yong, had been dropped.

On Tuesday, Yung Keung Fan, Herman Chun Sang Yeung and Yan Zhang appeared in US District Court in Las Vegas where they pled guilty to misdemeanor charges of being an accessory after the fact to the transmission of wagering information. Prosecutors claim the gambling operation, which was taking wagers on the 2014 FIFA World Cup. netted $13m in profits before the whip came down.

The three Chinese nationals were each sentenced to five years of unsupervised probation and must leave the US within days and not return for the duration of their probation. Judge Andrew Gordon fined each defendant $100k and also ordered each to forfeit $125k in cash and other assets.

Tang, a Hong Kong developer, pled guilty to a felony charge of transmission of wagering info but he also received probation, along with a $250k fine and another $250k in forfeited assets. Tang admitted to playing a key role in the enterprise after the FBI found Skype chat logs on his computer detailing betting communication between Las Vegas and Philippines-based online betting sites.

The sentences leave just Phua and his son Darren still contesting the charges. Their attorneys are challenging the legality of the tactics used by the FBI to obtain the necessary evidence to convince a judge to issue an arrest warrant. In a move that has outraged civil libertarians, the FBI shut off the villas’ internet connection then sent in agents dressed as repairmen equipped with hidden body cameras when Phua called to complain.