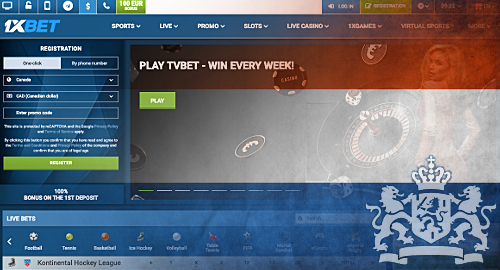 Online gambling operator 1xBet is the latest company to have been fined by Netherlands’ gambling regulators for serving Dutch punters without local permission.

On Monday, the Kansspelautoriteit (KSA) regulatory body announced it had imposed a €400k penalty on the companies behind the Curacao-licensed 1xBet.com and Cyprus-based xbet-1.com sites, as well as 83 associated online domains deemed to be similarly serving Dutch gamblers without local authorization.

The KSA says the offending domains targeted Dutch customers during the period spanning February-July 2018. Among the criteria the KSA uses to identify unauthorized operators include offering services in the Dutch language, offering payment processing services via the popular local option iDEAL, and not geo-blocking Dutch IP addresses from accessing the sites.

1X Corp NV responded to the KSA’s accusations by claiming that the fine was unwarranted, in part because the volume of business the sites derived from Dutch customers was “exceptionally small.” The company further claimed that it would have acted sooner to restrict Dutch customers had the KSA informed the company in advance of its concerns.

1xBet is appealing the KSA penalty, apparently intent on ensuring that the company isn’t among the operators excluded from applying for licenses under the country’s recently approved liberalized online gambling market.

BETSSON AFFILIATE LOSES APPEAL OF CEASE-AND-DESIST ORDER
Other operators’ appeals of their KSA penalties have so far found little traction in Dutch courts. Nordic online operator Betsson has long opposed the KSA’s punitive impulses but has had no success convincing Dutch jurists to see things their way.

Speaking of, last week saw a court in The Hague uphold a KSA cease and desist order issued against Betsson’s Malta-based marketing subsidiary Content Publishing Limited. The order, which was issued in 2015, said Content Publishing’s use of text messages promoting certain gambling sites amounted to illegal advertising, while the company claimed it was merely distributing ‘editorial information.’

KSA chairman René Jansen hailed the court ruling for establishing the precedent that “publishing a promotional text is seen as advertising.” Jansen said the precedent would allow the KSA to more effectively target other online operators who continue to promote their services via text messages without a Dutch license.

Betsson CEO Pontus Lindwall told Swedish media outlet Di.se that he wasn’t worried that the legal setback would result in Betsson’s inclusion in the ranks of operators forced to serve a two-year ‘cooling off period’ before being eligible for a new Dutch license. Lindwall claimed its subsidiary had long ago complied with the KSA’s order “but we still thought the injunction was incorrect and therefore we appealed it.”