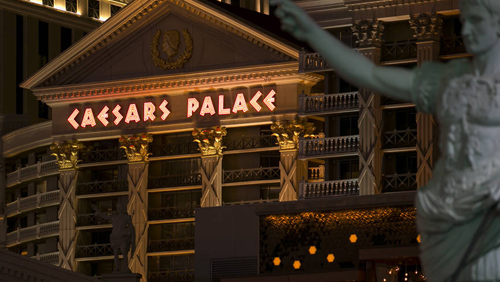 In late 2018, Golden Nuggets owner Tilman Fertitta approached Caesars Entertainment looking to make a deal. He was willing to see the two companies merge, provided he would be standing at the top of the hill when the dust settled. Caesars politely said, “Thanks, but no thanks,” and moved on. Now, it’s starting to look like Caesars is taking the idea of handing over ownership to another company more seriously, and reportedly had a heart-to-heart talk on the subject with one of its most important backers, billionaire Carl Icahn.

Icahn controls 10% of the casino giant. According to a statement by Caesars, executives with the company met with Icahn recently to discuss a possible sale, something Icahn has repeatedly said is in the best interests of Caesars.

The statement reads, in part, “Caesars Entertainment regularly engages with our stockholders and considers their ideas and input regarding stockholder value. The Board and management have engaged in discussions with Mr. Icahn and expect to continue a constructive dialogue. The Company intends to carefully evaluate Mr. Icahn’s suggestions, including his request for Board representation.”

It added, “Consistent with its fiduciary duties, the Board remains open to all reasonable alternatives to enhance value for Caesars’ stockholders and has and will continue to evaluate strategic alternatives presented to it across a number of factors, including potential value creation and execution risk, given our highly regulated environment in the various domestic and international jurisdictions in which we operate. Any such alternatives previously brought to the Board’s attention were considered, in consultation with its legal and financial advisors, and determined to undervalue the Company and its plan to create stockholder value over the long term.”

Icahn has said that he believes the company’s stock is undervalued and that “shareholder value might be best served, and enhanced, by selling the company.” He said in a recent filing with the U.S. Securities and Exchange Commission (SEC), where he reported his 10% stake purchase, that he would nominate a “slate of directors” to the board at the next annual shareholders meeting and that he plans to discuss a possible sale with other shareholders so that they can “understand their perspectives and priorities.”

While Fertitta may not have been successful in convincing Caesars to merge, he didn’t give up completely on the company. He recently purchased 4 million shares, amounting to less than 1% of the company’s total.