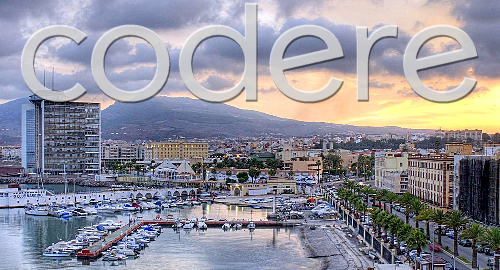 Spanish gaming operator Codere has moved its digital operations to the Spanish enclave of Melilla in a bid to reduce its tax burden.

Last Friday, the Autonomous City of Melilla, a Spanish enclave on the shores of Morocco, confirmed that Codere’s digital sports betting brand Codere Apuestas had moved its headquarters to the city. Local media quoted Melilla vice-president Daniel Conesa saying the city had been contacted by four other companies interested in making a similar move.

These companies are undoubtedly drawn by the 10% tax rate on gambling revenue offered in Melilla and its sister city Ceuta, which is similarly situated on the African continent. That’s half the rate charged on the Spanish mainland, and Melilla has also slashed rates on the local equivalent of VAT for technology firms with the specific intent of attracting online gambling firms.

UK-based online gambling companies who currently use Gibraltar as their European-facing HQ may also be eyeing Melilla and Ceuta – and other gaming-friendly hubs such as Malta – as a means to retain access to EU markets if the UK’s Brexit debacle continues to unfold as if organized by cranky toddlers.

IPO ON CODERE’S HORIZON?
Codere isn’t bothered by Brexit but it would definitely enjoy Melilla’s tax breaks. In November, the debt-laden company reported a €55m net loss over the first nine months of 2018. The news sent Codere’s share price tumbling to €2.86, a significant plunge from its January 2018 peak of nearly €11. The shares have since rebounded somewhat, closing at €4.42 on Tuesday.

This month, Codere’s braintrust unveiled Horizon 2021, a three-year corporate restructuring intended to stop the company’s slide, which was spurred in part by currency exchange woes in its mainstay Argentine and other Latin American markets.

Horizon 2021 will cost around €200m and it’s unclear where the company will find this sum. Talk of going public has been swirling around the privately held company for a while but Codere issued a statement on Friday saying there has been “no concrete proposal” presented to its board of directors.

In December, Codere renewed licenses for its Mexican gambling operations, which provided 35% of Codere’s Q3 earnings. Codere also has high hopes that its extensive Lat-Am presence will give the company an edge in securing a sports betting license in Brazil, assuming the country doesn’t go the state-run monopoly route.