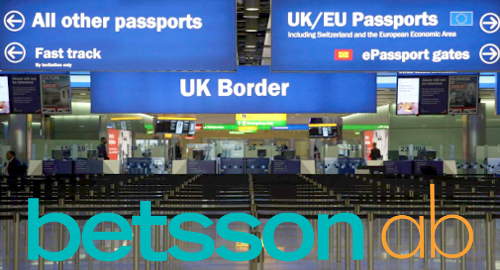 Online gambling operator Betsson AB is shifting staff from its underperforming UK division to its main online hub in Malta.

On Friday, eGaming Review reported that Betsson is preparing to shift its London-based operations to Malta in November 2019 in a bid to increase efficiency at its underperforming NetPlay brands, which include NetPlay TV, Jackpot247, Supercasino and Vernons. The move reportedly affects around 40 staff members.

A Betsson spokesperson said the transition schedule was being timed to the expiration of NetPlay’s existing television contracts with Channel 5 and ITV and that Betsson’s braintrust had decided to “apply a more digital-focused strategy” for the UK unit.

The shift will result in some redundancies but some of the affected staff will be offered the opportunity for “alternative employment and relocation to Malta.”

Betsson acquired the NetPlay operations in February 2017 but the unit’s performance never lived up to former Betsson CEO Ulrik Bengtsson’s expectations. The NetPlay deal was part of a lengthy acquisition spree that reportedly contributed to the Betsson board’s decision to ease Bengtsson toward the exits.

Betsson was uncharacteristically quiet about NetPlay’s performance in its most recent earnings report, after bemoaning NetPlay’s “negative impact” on the company’s Q2 earnings. In February, Betsson announced it was scaling back its UK marketing, adopting a ‘back to basics’ approach until the NetPlay business could be fully integrated with the rest of Betsson’s operations.

In other Betsson news, the company recently announced a new deal with Bulgarian gaming tech provider EGT Interactive that will bring EGT’s complete portfolio of video slots to Betsson’s Betsafe brand in the Baltic markets of Estonia, Latvia and Lithuania.