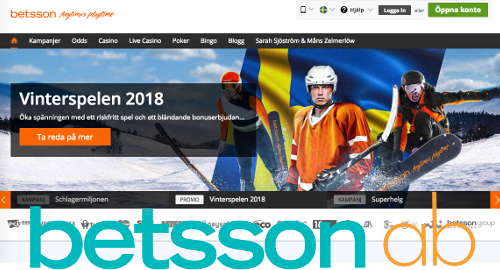 Nordic online gambling operator Betsson AB closed out 2017 with another double-digit earnings decline and warnings that the situation may not improve until the end of 2018.

The company blamed the ongoing decline on a now familiar list of factors, including negative currency fluctuations, costs associated with the company’s recent spate of pricey acquisitions, and the failure of some of those acquired companies to live up to their earning potential.

Betsson chairman Pontus Lindwall, who took over as temporary CEO last September from the departing Ulrik Bengtsson, said the company had embarked on a number of product and marketing improvements, including a new front-end for casino and sportsbook products, and underwent a major restructuring (aka payroll purge) to achieve a “flatter” more efficient operation. However, Lindwall cautioned that the results of this turnaround may not become apparent until “the end of the year.”

Sportsbook turnover slipped 2% in Q4 but revenue jumped more than one-third to SEK359m as sports margins improved 1.6 points to 8.2%. Lindwall credited much of these gains to Betsson’s new mobile web sportsbook, which launched on core brands during the quarter.

Casino revenue was up 5% to SEK867m as active customer ranks improved 7% to 615.5k. The casino vertical growth was strongest in Betsson’s Western European markets, but casino revenue declined in its core Nordic markets on strong competition.

While expanding on the continent, Betsson is reducing its marketing expenditure in the UK, part of a ‘back to basics’ approach until the company can fully integrate the NetPlayTV business it acquired one year ago.

NetPlay has been singled out for failing to live up to Betsson’s expectations, and Jesper Svensson, CEO of the Betsson Malta subsidiary, recently acknowledged to the Times of Malta that Betsson had “bought a lot of companies. But you come to the point when you see that it is not working as well as it could.”

Svensson said acquiring these companies revealed “overlaps of roles and duplications. … now is the time to integrate and keep making those companies successful.” In other words, Betsson’s new focus is on organic growth rather than trying to get bigger by bolting on more appendages.