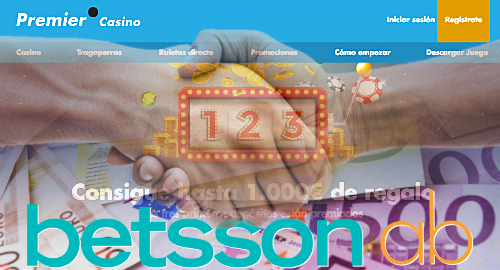 On Friday, Betsson announced that it had reached a deal to acquire Premier Casino for the low, low price of €3m in cash. Betsson says the acquisition is expected to close by the end of the month and is not expected to have a material impact on the company’s short-term results.

Betsson CEO Ulrik Bengsston said the acquisition was in line with the company’s long-term strategy of boosting its share of revenue from regulated online gambling markets. Bengsston noted that Spain’s online casino market has been experiencing rapid growth following the mid-2015 introduction of online slots, coming close to usurping sports betting as the market’s top vertical in terms of betting volume.

Premier Casino, which boasts 260k registered customers, is a pure-play casino operator but it also holds Spanish licenses allowing it to add sports betting and other gaming products. Betsson plans to use these licenses to launch additional brands in Spain in keeping with its multi-brand strategy, and Bengsston said Betsson’s experience in the UK and Italy makes Bengsston confident that “we will build leading brands also in Spain.”

Last month, Betsson reported its annual revenue rising 11% to SEK 4.12b (US $456m), driven by a 14% rise in online casino revenue. The company said its acquisition-assisted operations were off to a strong start in 2017, with revenue “significantly higher” than the same period last year.