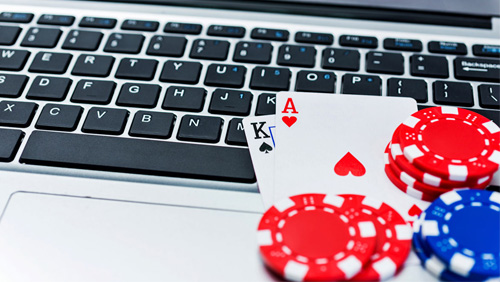 Do I have a point?

Am a nothing but a lifetime of excuses and defences?

After I had put down my bongos for the night, I had a problem with my forum. I reached out to the platform’s community to seek a solution. Jeff responded as thus:

“Well, the definition of the word “consecutive” might help:”

synonyms: successive, succeeding, following, in succession, running, in a row, one after the other, back-to-back, continuous, straight, uninterrupted.

Jeff and the rest of the forum members are people who talk in a different tongue. Some people create art through writing, creating sculptures or cooking up chilli of Balerion heat.

Then you have coders.

The language fries my skull, I feel like a six-year-old, and it happened again this morning, only this time there was nobody to trying to throw a facetious fish hook into my mouth.

AIPoker Launched on a Singaporean Stage

Wang is the Chairman of the Singapore-based AIGame Foundation, and AIPoker is the latest clay pot to emerge from the cryptocurrency, blockchain, online poker mush that has spawned the likes of Virtue Poker, CoinPoker and BetCoin Poker.

The currency is AIPoker’s Token (AIG). However, you can exchange Bitcoin, Ethereum or any other mainstream currency you can get your hands on into AIG for use on the site.

So what are the primary features of AIPoker?

It’s so far above my head there’s snow on the press release.

The team stated that the core gameplay launched in AIPoker is based on AIGame Foundation’s technological patents. The AI automatic strategy system that can perform human-created strategies is going to utterly change the gameplay of the traditional online poker games. The crux of this set of technological patents lies in the practice of letting users edit and create “strategies”. Then the machine will precisely apply the strategies made by the player in dozens or even hundreds of games.

This means that players can take part in a dramatically larger number of games than usual. New players, can participate in the game by selecting a high-win-rate strategy on the ranking list. Once a player wins a game, the player who composed the strategy will get a revenue share.

AIPoker’s big data system will present various statistics to players in the form of the visual chart, so that players can summarize and improve their strategies and take steps to enhance their tactics in offline games. AIPoker can also use more in-depth methods such as comparison data mining and simulating machine learning to provide players with highly professional strategy optimization advice.

“AIPoker’s determination will be reflected in the business model of the entire project community. We created the GRANDJACKPOT business model. AIPoker does not gain profits from the operating income. Instead, 100% of the revenue will be returned to the community.”

The AIPoker team has more than a decade of experience working in the online gaming industry in Greater China, and they have grander plans than just launching an online poker site. AIGame Foundation wishes to go all PokerStars/European Poker Tour by taking a more holistic approach to the business merging online poker with live poker, TV programming and training programs.

The live arm of AIPoker is the China Poker Game Carnival (CPC). The circuit is in its fifth year and has so far seen more than 10,000 players spending their pensions in search of glory. Last year, Shuo Li topped a field of 538-entrants in the $2,700 buy-in event, earning $450,987.

You can expect AIPoker to launch in 2019, and I plan to try and get hold of someone with the ability to come down to my level to explain how this all works.

AIGame Foundation is not stopping at poker.

Sticking with the Korean theme and Yin Gui Li has won the $10,770 buy-in Red Dragon High Roller in the Landing Casino, Jeju.

The event saw 95-entrants (65 unique, 30 re-entries) place their plant-based burgers and sausages into the fridge as the final day turned into a 16-hour marathon.

The eventual winner was Gui Lin.

It’s the second time the 36-year-old from Beijing has won a live tournament, his first coming in 2015 when he crushed 736-entrants, including the impressive Guillaume Diaz, heads-up, to take the €150,000 first prize in the €1,200 WPT National in Paris, his most significant score to date.

And the man has crystal balls.

Other winners in The Red Dragon series included James Won Lee who won the Baby Dragon event for $66,327 and Romain Arnaud who took down the Jeju Super High Roller for $668,000.

And I bet none of those people would have any problem understanding the inner workings of AIPoker.