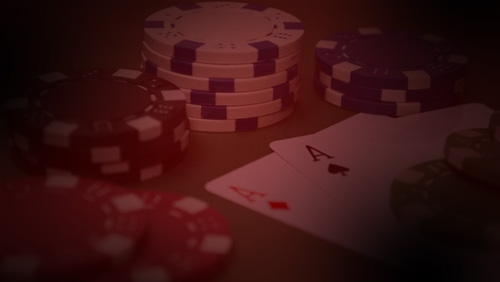 CoinPoker has responded to allegations made by GameIntel’s Alex Weldon that all is not well with the security protocols on the site by admitting the closure of three accounts with further investigations ongoing.

I imagine when CoinPoker thinks of the name Alex Weldon the sky burns black with a murder of crows after the GameIntel employee posted an article on PartTimePoker highlighting dubious traffic levels on the site, and questioning their lack of security.

Yesterday, I covered the story.

Alex Weldon was looking for something to do one day. He decided to take a look at the 5MM CHP Giveaway Promotion on CoinPoker. Weldon saw what he believed to be unusual activity at the tables regarding volume.

The intrepid reporter loaded up as many tables as he could muster and found the same names filling most seats, with one player competing on 42 tables for eight hours straight.

The question of rampant bot use on CoinPoker began to flow through the poker media tributaries until the waters reached the hairy toes of the company itself.

CoinPoker: Our Security Team is on the Job

A day later, CoinPoker wrote a response on Medium entitled CoinPoker Responds: Our Security Team Is on the Job.

The response claims the site has received an overwhelming surge in popularity since opening for business. A security team is working around the clock making sure the place is safe for users. However, they acknowledge that there are serious claims we need to address.

Although CoinPoker admits that the security team does look for signs of bot-use, at no time during the article, does it agree that the site contains bots despite admitting to taking action against accounts that have violated their fair play policies? Interestingly, in a separate correspondence, CoinPoker told PokerNews that they had closed down three accounts without reason.

CoinPoker representatives made it clear that their top players put in 10-12 hour shifts, with one 16-hour session logged, and they are happy that human beings that bleed, pee and poo are responsible for those numbers.

The article goes on to say that CoinPoker has introduced a new 8-table limit per player as well as civic verification for all player accounts. They believe the leaderboards are accurate but have promised to look into the dubious accounts mentioned by Weldon in his piece.

On the question of security, and the ‘Milestones’ program not coming into effect until October, a CoinPoker spokesperson told me via email.

“One thing I would like to highlight is the misconception that the roll-out of our security system will not take place until October. Our milestones are meant to communicate improvements to our software, and the peer-to-peer security launch is simply a replacement for our current security system.

“We are a new platform with a recent spike in interest, and we do acknowledge some unconventional traffic on our leaderboards. That is why are taking measures to bolster security, starting with a table limit of 8 per player, Civic verification, and adjustments to table limits that take into account the volatility of CHP and cryptocurrency in general.”

In response to Flushdraw’s Haley Hintze’s claims that something funky is going on between CoinPoker and PokerNews (the original promotional ad from PokerNews vanished in the wake of the scandal). PokerNews’ Frank Op De Woerd wrote in a response that the team pulled the article due to a licensing issue regarding promoting the website on PokerNews, and it had nothing to do with claims of bot use on the site.