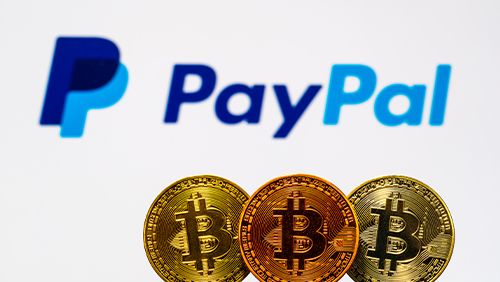 Cryptocurrency advocates have stated all along that the ability to accept cryptocurrency would add value to any merchant. While there has been no shortage of opposition to the notion, those commercial entities that decided to welcome crypto have found themselves in a winning situation, and new research proves it. Forrester Consulting conducted, at the request of crypto payment platform BitPay, a study of retailers that accept digital currency and found that they are doing much better than those that don’t.

The research revealed that merchants see an uptick in both new customers and sales after having begun to allow crypto as a form of payment. New customer sales reportedly increased by 40%, while crypto users spend more than twice what non-crypto users spend. The average order value (AOV) of fiat consumers is said to be around $200, while the AOV of crypto consumers is around $450. This led Forrester to assert, “Many customers who pay with [Bitcoin] or other cryptocurrencies through BitPay are new to the merchant and would not have purchased otherwise.”

Not only are sales up with crypto-friendly retailers, but costs are down, as well. The increased spending leads to an obvious increase in return on investment (ROI), but also leads to lower fees the merchants have to pay. Credit and debit card issuers want a piece of each transaction from the retailer and typically charge anywhere from 2.25% to 5%, depending on location, and these fees are not paid when shoppers pay with digital currency. In addition, there have been fewer chargebacks, leading to retailers saving another 1% against their total sales volume.

Between the increased customer base and sales and a decrease in payment fees and chargebacks, Forrester reached an impressive conclusion. On average, the adoption of crypto on the part of retailers and merchants leads them to see an increase in ROI of a staggering 327%. If that isn’t enough to make merchants consider crypto adoption, they’re in the wrong business.

Seemingly as a result of the study, PayPal is now ready to charge full ahead into the crypto realm. It started with a lukewarm attitude toward digital currencies before softening its stance slightly over the past two years. Now, it’s diving in and will allow its users to buy, sell and hold cryptocurrencies directly in their accounts. The service will first be introduced to US consumers, but rollouts to other countries should follow during the first half of next year. At the same time, PayPal will also allow its users to make purchases using their PayPal-held digital currencies.

The realization that consumer markets get a boost through crypto and that PayPal is ready to make massive strides in the space shows the legitimate role of digital currency in finance. The original Bitcoin, which has carried on as Bitcoin SV (BSV), has known this all along, but also understood that it would be a challenge to convince the world. BSV has allowed Bitcoin to remain as a regulation-friendly crypto, which is facilitating the continued growth of digital currency, and it is now becoming apparent to more consumers and merchants that Bitcoin enthusiasts were right from the beginning.