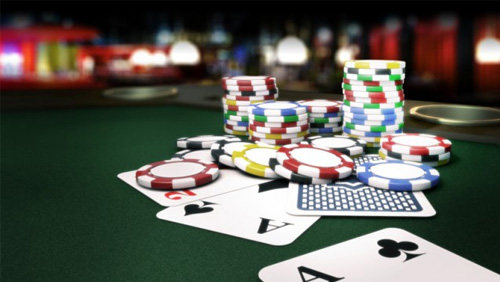 ConsenSys backed Virtue Poker discloses plans to launch a token sale in late April, as well as intentions for a potential Phase 2 launch, Alpha and Beta testing, and a cutting of the red ribbon sometime in Q4, 2018.


Ever get the feeling that you’re the only person in the room that has no clue what’s going on?

Welcome to my world.

As I hand Barista Rick the £3.40, he needs to make me a Breakfast Smoothie I know that this archaic form of exchange is soon for the knackers yard. It feels like flicking a rubber band in the face of an intruder holding an AK-47.

Earlier this week, Twitter’s CEO, Jack Dorsey, told a Times reporter that Bitcoin would become the world’s only form of currency. People keep saying to take the plunge. And I will, when (a) I can find someone smart enough to dumb down the process for me, and (b) if I ever have any money (maybe I could put my £3.40 Smoothie payments into a jar, and drink the free tap water instead).

So the world will run on Bitcoin.

Has anyone told Ryan Gittleson and the team at Virtue Poker (VP)?

I can’t remember an online poker room being in existence for so long without a single hand being played (Phil Galfond, you’re getting close). Work began on VP in May 2015. Two years later, VP was ready to launch an Initial Coin Offering (ICO) for their Virtue Player Points (VPPs), and then the team applied the handbrake.

“We were concerned about what we were seeing in the token market at the time,” a VP spokesperson recently commented.

And the poker community should feel warm and toasty over this revelation.

According to every crypto news site you can mention, 46% of all ICOs in 2017 has now gone the way of the VHS Player despite raising over $104 million (that’s a lot of breakfast smoothies).

What you have here is a team (13 at the last count) who are serious when they say that VP is the Future of Poker.

VP (and Mr Galfond over in Malta) are doing things the right way.

The need to get things right overriding any biological urge to savage the competition, ride the ICO wave, and sunbathe beneath the illuminating glow of a gazillion ETH.

But VP is getting closer.

The ConsenSys powered online poker room that uses smart contracts on the Ethereum Blockchain will begin selling VPPs during a Phase 1 sale: April 25.

In another show of integrity. VP will not allow US-based players to participate in the sale, and this won’t change until VP become 100% certain of the legality of offering their service to US-based citizens.

One of the benefits of going last is you get to learn from the mistakes of those who go first – like CoinPoker.

“The lack of transparency and accountability in the practices of many online poker companies presents a great opportunity for blockchain technology to showcase its utility in a manner that will please both players and regulators,” said Ryan Gittleson, CEO and co-founder of Virtue Poker. “In keeping with this transparency, and to ensure fair pricing, Virtue Poker will not hold any private sales, pre-sales, and will offer no volume-based bonuses. We want to ensure community growth is at the forefront.”


VP is calling Phase 1 a Simple Sale. The team will create a total of 500,000,000 VPPs, selling 20% of which (100 million) to early adopters. If you are thinking of getting involved, then be aware that there is a cap on the number of tokens you can purchase (10% of available VPPs). There is also a General Assessment Test, to show the authorities you understand what the hell you’re doing meaning I’m stuck passing on my germ-ridden coins to Barista Rick.

VP will only sell VPPs to people who will use them on VP. The goal is to attract a group of people serious about developing the world’s top poker site. Early adopters receive Alpha & Beta Test access to VP on May 22, where they can play using unique test tokens with prizes for the winners.

Phase 2 begins when VP gets closer to launching on the mainnet, although there is no guarantee there will even be a Phase 2. If, however, Phase 2 does go ahead VP envisage setting a cap of USD 50,000 per person.

Dan Colman, Brian Rast and Phil Ivey are already on board as VP’s first sponsored professionals whose role will be to persuade much smarter people than me to switch to the future of online poker.

I don’t think Jack Dorsey will be taking a seat.