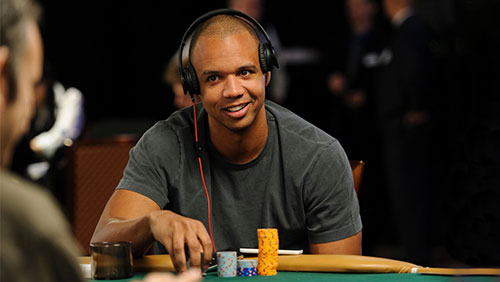 The iconic Phil Ivey joins Virtue Poker as a Strategic Advisor, but does this mean his fans will be seeing more of him at the poker tables in 2018 and beyond?

Where is Phil Ivey?

Is he running with the bulls at Pamplona? Is he stuck in a tin can orbiting Neptune? Is he travelling around Asian hotels straightening pictures?

I don’t know, but maybe Ryan Gittleson does?

Gittleson is the co-founder of Virtue Poker, a new online poker room, operating on blockchain technology, focusing on the distributed server processing system Ethereum, and the lad has convinced Phil Ivey to join the team.

Although, I am not sure it took much convincing.

“Dan {Colman}, Brian {Rast} and I agreed Ivey would be a stro

ng addition to our team, so we approached him to bring him on board,” Gittleson told me via email this morning.

Ivey joins the Virtue Poker team as a ‘Strategic Advisor,’ but what strategies will the great man be offering Virtue Poker?

“Ivey will work with our team and provide feedback on our software and user experience,” said Gittleson. “Ivey has built a vast network of partners in the gaming industry due to his experience playing for the past 20 years which Virtue Poker can leverage in helping us bring our product to market.”

It seems, the last time we saw Ivey playing poker, England was winning the World Cup. Not that his name hasn’t been in the news, with his well-publicised Baccarat battles with Genting and Borgata reminding us that the once mighty Ivey is still alive.

The ten-time World Series of Poker (WSOP) bracelet winner’s media appearances have been brief moments of chatter in the Asian poker community, so is this where Virtue Poker will be placing their primary focus? And how do you manage a man who is more elusive than the Scarlet Pimpernel?

“From a brand perspective, Phil is an absolute legend in the space,” said Gittleson. “Having him be apart of our team will allow us to gain greater exposure to the global poker community, whether it be from Phil playing online in Virtue Poker events, or wearing a Virtue Poker patch on televised live events.”

And that Asian question?

“Final target markets are still yet to be determined,” said Gittleson. “We are conscientious of global regulations and want to create a new brand for online poker with trust and transparency built in. Launching in illegal or black markets, we believe, is a strategy that will inevitably lead to legal scrutiny as is not a long-term strategy to achieve scale in the market.”

So What is the ConsenSys: The Signing of The Year?

We last spoke to Gittleson in September in an interview you can read right here.

One name that is missing from that interview that surfaces in the Ivey press release is ConsenSys.

“ConsenSys was founded by Joe Lubin, who was a co-founder of Ethereum,” said Gittleson. “ConsenSys is a global company of over 400 people in 19 countries, and is a venture production studio and custom software development consultancy building decentralized applications (Dapps), enterprise solutions, and developer tools for blockchain ecosystems, focused primarily on Ethereum.

“One arm of ConsenSys is an incubator, which is where Virtue Poker was born. We were conceived in May of 2015 by ConsenSys and have been building Virtue Poker for over two years. We are now a separate company, and growing our team independent of ConsenSys.”

The name ‘Phil Ivey’ is synonymous with integrity and quality within the poker industry. In her recent Guardian column, the two time European Poker Tour (EPT) Champion, Victoria Coren-Mitchell referred to Ivey as the “Roger Federer of Poker.”

But his brand equity has diminished in previous years due to his lack of activity at the poker tables. So far, this year, we’ve barely seen a single nasal hair of his on a table, either virtual or live, and in the year his peers inducted him into the Poker Hall of Fame no less.

And we miss the dude.

During a recent appearance in Asia, where he was promoting a mobile poker app, Ivey intimated that he would return to the live tournament scene in 2018. Perhaps, his relationship with Virtue Poker will set the paddles on a heart that once beat wildly when the chance to win a major title was within grasp, but, I’m not so sure.

Ivey has become a shrewd businessman, and his relationship with Virtue Poker has formed because he believes he can make a boatload of cash. The team is planning the Initial Coin Offering (ICO) for December, and Virtue Poker won’t hit your laptop screens until the end of 2018.

It will be great for the poker community to see more Ivey.

I will believe it when I see it.