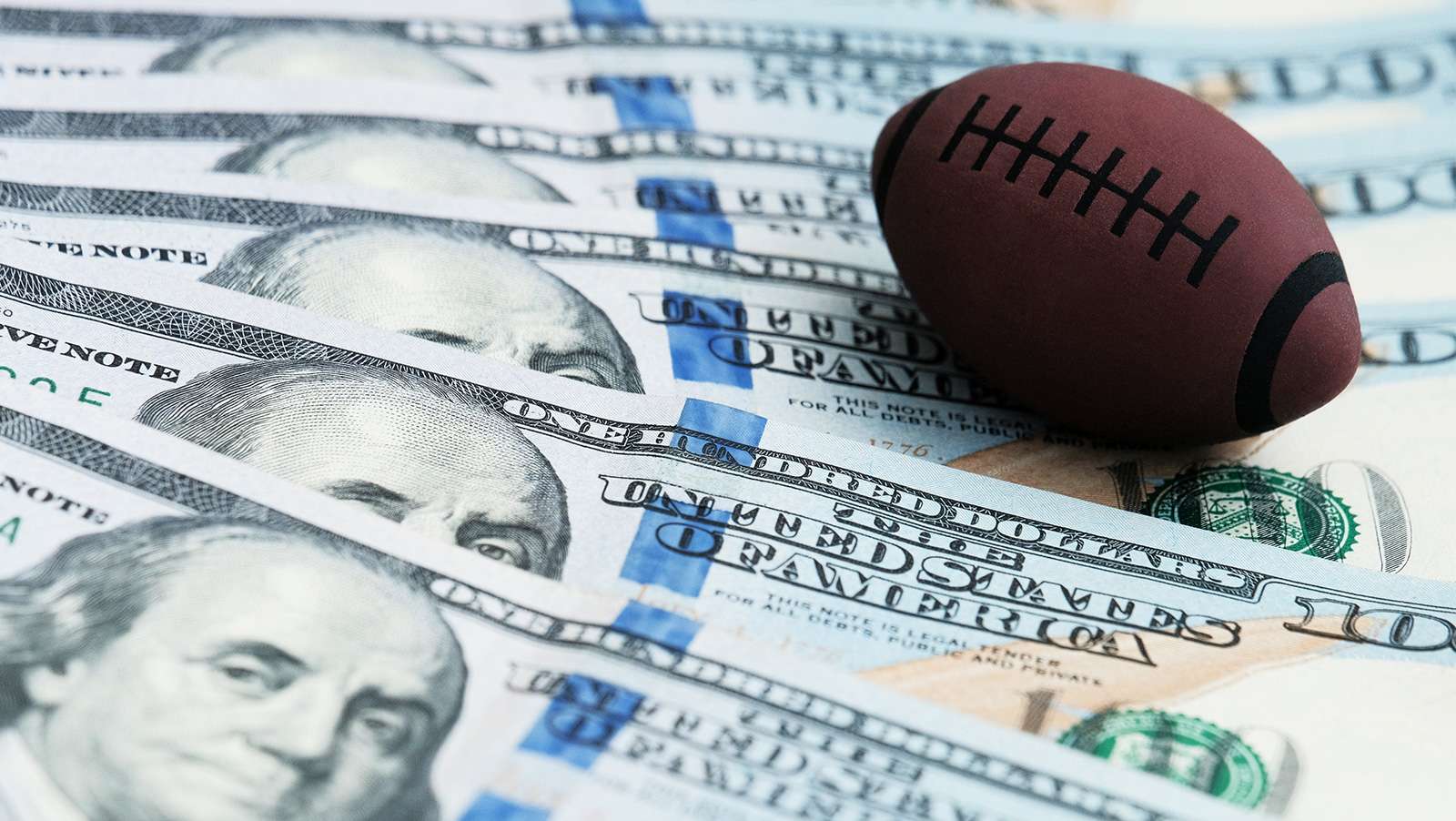 Where will eSports fit in U.S. legalized gambling?

“Competitive sports are played mainly on a five-and-a-half inch court:  the space between your ears.”

The Supreme Court case of Murphy v. NCAA , decided in May of this year, was supposed to decide the controversy over whether U.S. state governments could authorize betting on sports. That one point may have been settled, but a whole range of connected issues remain very much in play.

That decision, plus the disruption and reorganization caused by the digital revolution, has caused re-examinations of the very basics of sports betting. For one thing, just what is a sport?

One of the biggest changes caused by universal access to the Internet and broadband has been the rise of video games. Once sufficient broadband was reliably available, it became possible to play computer video games in teams, rather than just the traditional solitaire mode. In fact, the new landscape allowed team versus team play. The popularity of this new format expanded rapidly, even by Internet standards. In about 2007, a website known as Justin.TV began operations, allowing user generated video to be streamed online and—most importantly—viewed for free.

And soon the favorite content of the channel was streaming of videogame tournaments. It acquired the name eSports (For clarity’s sake, we are not discussing fantasy sports leagues which are based on real-world sports teams, the kind of games offered by Fan Duel and Draft Kings. “eSports” here means video games based in imaginary worlds, such as StarCraft®, League of Legends®, or Halo®). By 2011, Justin.tv was absorbed into Twitch online streaming, specializing in eSports, And competitive streaming networks sprang up soon after.

The market had become big enough to justify it. By 2014, over 200 million people were watching or playing eSports. The biggest sector of the market was Asia, where new games were now custom-designed for team play. In South Korea, the most wired nation on earth, eSports took on the same stature as professional sports like soccer and baseball—literally. In South Korea, eSports fills up city stadiums and even whole resort islands. Successful gamers rate the status and national attention of winning quarterbacks in America. eSports struck pay dirt in mainland China as well.

But the most profitable sector of the eSports market is Europe and the United States.

There are at present only about 30 million eSports fans in those regions, but the anticipated growth rate is 21% per year, for the foreseeable future.

But once again, are eSports really sports?

A great many observers feel that televised live stream broadcasts of teams playing computer video games is not really a “sport” at all.

Particularly in the Western mind, sports is a physical contest wherein people compete against other people in performing certain physical activities. There are team sports like football and baseball, and sports where single individuals compete against each other, such as tennis or boxing. Sports can be activities we do for amusement or diversion, with or without competition against other individuals—like fishing, hunting, or golf. Surfing, skateboarding, karate, and even ballroom dancing have been put forward for recognition as “sports.” But poker? Nah. Just doesn’t sound right. Just doesn’t look right. And like poker, fantasy video tournaments are mostly played indoors at tables or consoles. The idea of sustained physical activity seems to be the dividing line.

But is there a difference, in terms of gaming law, whether a given activity is called a game or a sport? Until the McCarthy case this year, it made a great big difference. Only in Nevada was it legal to bet on the outcome of sporting events or competitions, because the Professional and Amateur Sports Protection Act (PASPA) made it illegal for any other U.S. state or jurisdiction to license betting of this kind.  If eSports had been legally considered to be games rather than sports, there would have been at least a chance that a state, territory, or tribe might allow betting on them. Of course, that’s all gone now. U.S. states and territories, including gaming tribes, can license betting on “eSports.” So the whole comparison between “bet” and “wager” doesn’t matter anymore, right?

Well, not exactly. In fact it still kind of does. Because, legally speaking, “gambling” and “being in the business of gambling” is related, but not identical to, “wagering.”

Let’s take an example: John and Joe play Warcraft© against each other. They agree that the winner of the game will get twenty dollars, provided by the loser. This is definitely wagering, but not gambling, because the outcome of the game depends mainly on the activities of the players, rather than any dispensation of chance. In fact, Many U.S. state statutes specifically exclude “ bonafide contests of skill, speed, strength, or endurance in which awards are made only to entrants …” (Indiana Code IC 35-45-5-1, among others).

But watch this: if their wives, Carol and Cindy, who are not playing, have a $20 bet on which guy wins, that is, in fact, gambling. Because neither Carol nor Cindy can participate in the game, or “ make a contribution which influences the outcome. stakes or risks something of value upon the outcome of a contest of chance or a future contingent event not under [her] control or influence,” (Hawaii Statutes §712-1220 (4) among others). For the two girls, it’s definitely gambling.

Most U.S. state gambling laws pass lightly over pure wagering, or don’t mention it at all, mostly because person-to-person transactions of this sort would be practically impossible to detect and police. But when somebody participates in “the business of gambling” (the favored Federal incantation) by offering odds, taking the action, or paying off winners, that might well be found to be a violation of law.

Sizing up the beast

And this illustrates the two forms of wagering and/or gambling which are available in the eSports world. Individual players can bet on their own performance (solo), or outside spectators can bet on which individual or team is going to win (traditional sports betting format). Right now, the worldwide market in traditional format eSports gambling is about $7 billion, handled by licensed professionals. A sort of side market has sprung up also, using the prizes and “loot” a player can win in these games, and using those items as currency for inside bets (so-called “skin gaming”) . The total annual value here is also just over $6 billion. 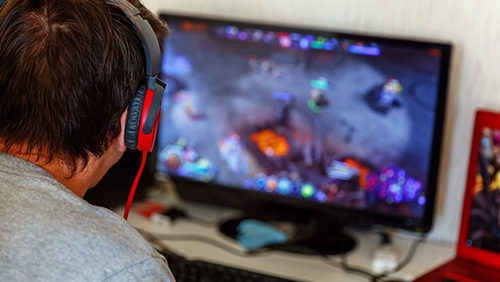 It’s not a gigantic market by today’s standards, but nevertheless it is being seriously considered because it is a path or bridge to the ever elusive millennial demographic. As the baby boomers shuffle off toward retirement, a new generation of consumers is emerging, They are much less interested in the simple act of gambling than they are in the chance for social interaction. Old mainstays like slot machines are falling from favor; now the search is on for interactive formats, where players do not merely bet, but engage with the game. They want to help generate its content.

How does this jibe with U.S. state gambling laws? To be perfectly frank, most of our lawmakers don’t understand the question. Sixteen states and the District of Columbia don’t even define what “gambling” is or is not. The rest are not much better, relying on the discovery that a given game has an element of chance that is “substantial” or “dominant.” Terms which are, naturally, undefined. Individual features of some computer games look like they might incorporate an element of chance—therefore “loot boxes” must be gambling because in some respects they kind of look like gambling, especially to politicians on the make in search of headlines, causes, and dragons to slay in an election year.

The proponents of the new formats have happily found a way to avoid this morass altogether. It may be too much to ask to reform the language of gambling laws that nobody really understands anyway. It’s far easier to just write a whole new law, declaring this particular mode to be legal in this state. This has already happened with DFS fantasy sports, and this approach could easily be used for eSports as well. There is a price here, particularly for the operators. It will mean going through the bother and expense of state licensing. But at least that particular game or format will be protected until the distant day when America normalizes its gambling laws.