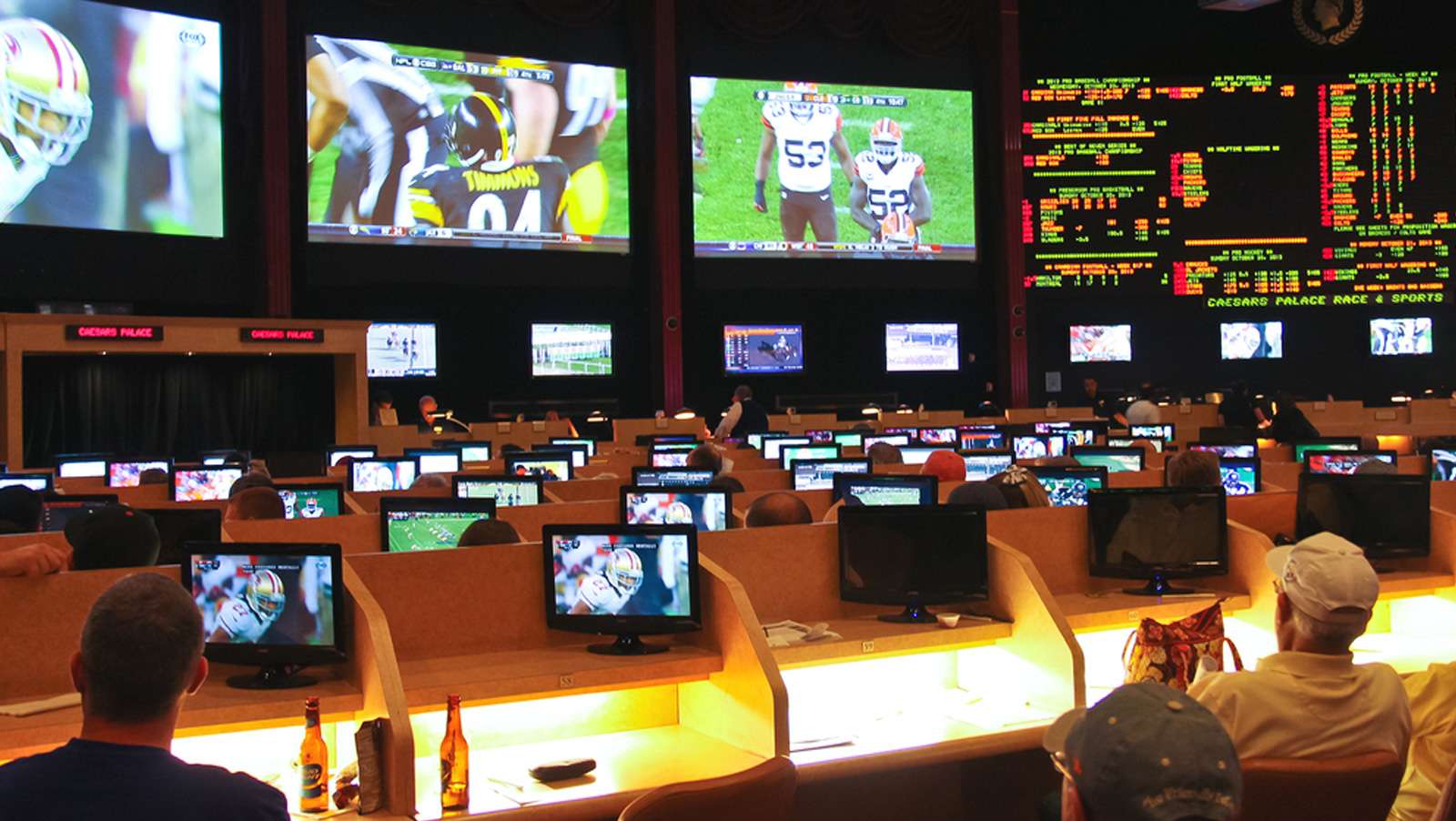 “Everybody’s got somethin’ to hide, except for me and my monkey”.

Now that PASPA has been struck down by the Supreme Court, we are surely in for an expansion of legal gambling nationwide. Good news for the industry, but it opens up lots of new legal questions. 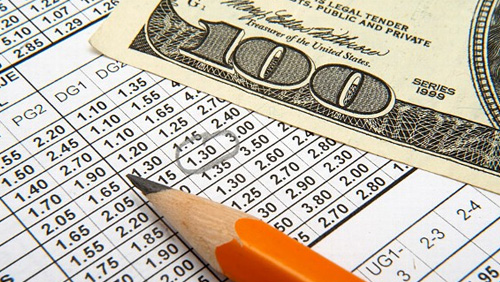 Even with legalization, gambling continues to be one of society’s redheaded stepchildren- never really accepted, never really respectable (though to be sure, no one disdains the money it brings in). It is practically an article of faith among social planners and a certain stripe of politician that if gambling is not tightly supervised and controlled, the so-called problem gamblers will bet themselves into the poorhouse. Some of that stigma has faded, but a lot of it’s still there. And it will probably resurface as more and more states authorize sports betting.

Who is the “problem gambler”?

As with gambling itself, there is no hard and fast definition of just who the “problem gambler” also known as the “addictive”, degenerate”, “compulsive”, “habitual”, “common” or “pathological gambler” may be, where he is, what he does, and precisely when gambling becomes a “problem”.

The American Psychiatric Association has recognized mental problems involving gambling since 1980. The Diagnostic and Statistical Manual of Mental Disorders (DSM) began by listing “pathological gambling” as a bona fide mental disorder, as opposed to “social gambling” (a social event, normally between friends, where in acceptable losses are predetermined).1 In 1994, the criteria for this condition were completely re-examined and revised.2” A 1997 study by the Harvard Medical School’s Division on Addiction establish two categories. “Problem Gamblers” are those whose gambling has caused continual problems their lives; “compulsive gamblers” are those with a positive need to gamble which becomes a progressive illness.

Today the phenomenon has morphed into the much broader term of “gambling disorder”,3 which includes “repeated problematic gambling which causes significant problems or distress.”  A 1997 study by the Harvard Medical School’s  Division on Addiction establish two categories. “Problem Gamblers” are those whose gambling has caused continual problems their lives; “compulsive gamblers” are those with a positive need to gamble which becomes a progressive illness.

As to who they are, studies indicate they are mostly male, although easy access to slot machines seems to have raised percentage of women who encountered difficulties in this regard . There doesn’t seem to be any data on race or age, but historically, the biggest sector of the American gambling public has been educated males between 19 and 49, with middle-class salaries and few family responsibilities.

So how many of them are there? That all depends on your definition. The broadest estimate is from the American Psychiatric Association, which posits about 3 million “problem gamblers (that is, gambling disrupts one or more important life functions), and about 2 1/2 million “pathological” or “compulsive” gamblers (unable to control their need for gambling). Most other authorities, however, agree that approximately 1% of the gambling public is susceptible to these kinds of problems.. This would make the total number of adult gamblers not able to control their gambling a much smaller number.

Problems for regulators and industry

This new view of gambling problems, that they are syndromes rather than sins, is going to have far-reaching effects on legislators who approve sports betting, the operators who offer it, and various support services, especially payment solutions. And it’s already happening in the law. 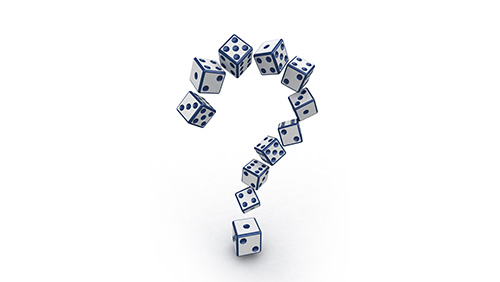 The old time view, that gambling is a sin and that losers are receiving a just punishment, has increasingly given way to the position that a psychiatric condition is involved. Not only does this motivate many judges to more lenient sentencing, or even diversion/rehab, but it opens up questions of liability. If this guy has a disease, why was he allowed to buy what is making him sick? If he’s not quite responsible for his actions, then who is? And how much do they owe?

We begin with the enabling laws that every state must pass in order to offer sports betting. It will not be a simple matter of adding sports betting to the list of approved and licensed activities. A number of states still have laws on the books that make gambling debts uncollectible. Which means if John Doe loses big and then welshes on his bets, he might be able to use such a law to avoid the consequences. A fitting punishment for evildoers running illegal gambling rings, but real trouble for state revenues. These laws are going to have to be scrapped, or at least rewritten. Otherwise, that particular states consumer protection and liability laws will be implicated. That’s what makes it a good idea for the state to avoid running sports betting directly, and license it to a private party, who can be held accountable with a straight face.

Next we come to the game operators. They will necessarily shoulder a great deal of the burdens of protecting vulnerable individuals from themselves. The operator situation is very similar to that of bars and restaurants under so-called Dram Shop Acts, whereby an establishment that serves alcohol to somebody already the worse for drink, may be held liable for injuries to third parties if, for instance, the customer drives drunk and hits somebody. It seems almost certain that potential plaintiffs will seek to apply the same standard to gambling establishments.

And so it is that the licensed operators of sports betting will also be in the prevention business – keeping the customer from harming himself.  At the top of their list is proper identification. Each potential player will have to be vetted to be sure that he/she is a bona fide resident of the state where the license was issued, and of legal gambling age. Also, in many cases, that the individual, even if qualified to play, is physically located within permissible boundaries- within the borders of the licensing state or, if reciprocity agreements between the strict states arise, as seems likely, that the bet is going from one legal location to another.

Not only that, but the behavior of individual gamblers will have to be watched. Some sort of limit will have to be set: only so many hours of playing, only so much money allowed to be wagered per bet, or per day. Or there could be loss limits per individual. Paradoxically, this is easier with an establishment accepting bets online, then a traditional brick-and-mortar operation. It would be relatively difficult to track a particular individual on a casino floor if, denied one game, he simply moves around the corner to another. But online activity is by its nature easier to trace. Advanced Deposit Wagering (ADW) turns out to be a useful tool in preventing harm from compulsive gambling: the house won’t let you bet more than you’ve got in your account with them. 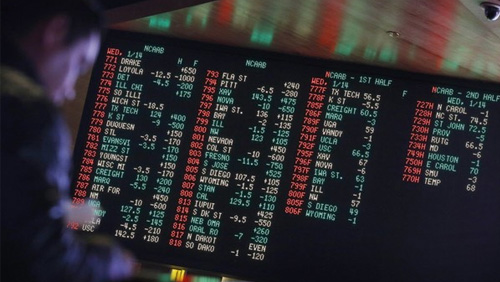 Exclusion lists will also be available. The individual gambler may request to be placed on one himself, or the establishment may decide not  to let him gamble for a predetermined period. Either way, operators will have to beware of genuinely compulsive individuals who, finding themselves on an exclusion list, sign up to play again under an assumed identity.(There is nothing so devious as an addict who needs to score). It has even happened that such a gambler, ruining himself with the new, false account, sues the operator for not catching him. So far, thankfully, no court has accepted this rationale. Nevertheless, a licensed establishment will have to be able to show, at any time, that it followed proper procedures and used due diligence to try and prevent such abuses.

Last but not least, we come to the payment providers ,  who face similar challenges to betting operators.   Federal penalties await them if they should move money for an illegal gambling transaction. Trouble is, how to distinguish legal from illegal, especially when the transaction itself is encoded in ones and zeros. In the USA, the Unlawful Internet Gambling Enforcement Act (UIGEA).requires banks to make a good faith effort to comply with policies and procedures which identify and block restricted transactions, or otherwise prevent or prohibit the acceptance of products or services connected to “restricted transactions” (i.e. illegal bets.)

But it further goes on to require that such policies and procedures comply with the requirement of regulations prescribed under subsection (a)of that same Act. The bill was passed in October 2006; according to its terms, the aforesaid regulations  had to be produced by US Treasury no later than August 2007, including a definition of just what “unlawful Internet gambling” was. The final regulations, as issued, were prefaced by a lengthy explanation in which the Treasury representatives did not merely evade but absolutely refused to put forth a definition of the term, declaring only that the regs were not to be read as conflicting with any state gambling law. “The underlying patchwork legal framework”, they declared, “ does not lend itself to a single regulatory definition. . . . ”6 . So what’s the English translation? Simply this: no meaningful financial regulations in this area, and no sign of them ever being written, either.

And what does this mean for financial institution considering a bid to process the bets that will come with expanded sports betting? In an odd and totally unexpected way, they’re getting a break. So long as a given institution can demonstrate a good faith effort to prevent illegal transactions that should be sufficient for the super-vague requirements of the UIGEA.

While the imminent expansion of sports betting offers tempting opportunities, both to the licensing states and the potential operators and payment providers, it also opens up new frontiers of protection of, and liability to, the gaming public they proposed serve.

In our next installment, we will deal with the other side of the coin: what is expected of the players and customers?

4   Schaefer, Hall, and Vanderbilt, Estimating the Prevalence of Disordered Gambling Behavior in the United States and Canada :: a Meta-analysis (Harvard Medical School, 1997)