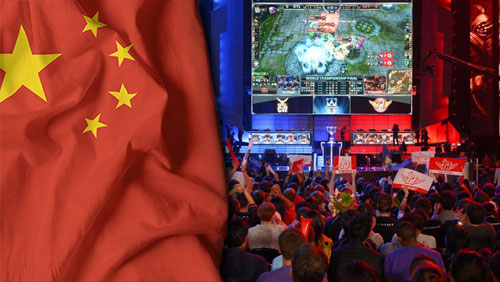 One of China’s most prolific gaming companies expects big things for the country’s eSports industry. Tencent published a report on Tuesday stating that eSports sector in the country would reach 350 million users by the year 2020, and would generate around $1.5 billion in revenues annually. Currently, the market’s user base is around 250 million, based on last year’s figures.

If Tencent’s predictions are correct, the growth could result in China accounting for around 59% of all users from around the world. The figures from last year showed an increase of 41% over the number seen in 2016.

China is currently the second-largest market behind the United States. Last year, China generated around $104 million revenue from eSports while U.S. generated $258 million. The U.S. market improved substantially from 2016, increasing by 45%. South Korea is ranked third, generating around $49 million in revenue from eSports.

According to a recent survey, 72% of those interested in eSports in China have established histories of watching eSports competitions. An estimated 36.6% of users only began watching competitions within the past two years and, for the first time in history; ‘blockbuster’ games attracted over 10 billion spectators—a new record.

As is to be expected, mobile Internet is the most popular method of attracting new users, as well as for eSports content distribution. However, 52% of the users who responded to the survey indicated that they still rely on official websites for schedules and information. eSports live video streaming sites and gaming applications are ranked second and third, respectively, for information gathering.

While eSports is considered to be nothing more than watching professionals participate in video games on large screens, the survey also identified that a significant portion of followers also participate in live sports. Whereas 16% of the general public regularly participate in sports activities, 19% of eSports users responded favorably when asked if they played live sports.