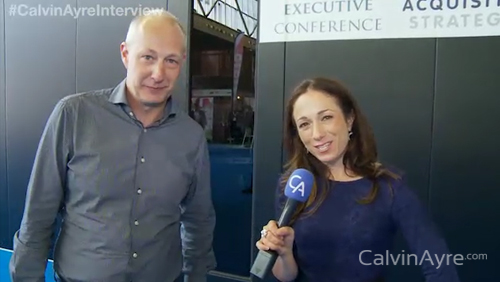 In this interview with CalvinAyre.com’s Rebecca Liggero, Newzoo CEO and co-founder Peter Warman explains the current size and scope of the eSports industry around the world today

The appetite for eSports has yet to be quenched. In fact, the thirst for competitive gaming has resulted in a massive explosion of growth that isn’t stopping anytime soon.

And for Newzoo co-founder and CEO Peter Warman, today is the right time for businesses to step into the competitive gaming industry, whose “growth is only going to accelerate from this point onwards.”

“What we did in the last years was research and analyze the complete market in terms of audience, revenues, [and] players to have some sort of a realistic idea about the size of this market… and indeed, the numbers are enormous,” Warman told CalvinAyre.com. “If you take for instance how many people are really eSports enthusiasts like we have sports fans, basketball fans, it’s about 130 million this year. The good news is there’s another group of people, which is of equal size—about 140 million—that are occasional viewers, like tuning in only for the big championships.”

A recent SuperData Research report pegged the global eSports industry’s revenue for 2015E at $748 million, due to the brands and advertisers that entered the market this year and contributed some $579 million in sponsorships and advertising.

Warman said the industry will only get bigger and more visible as traditional broadcasters will try to step into the fray.

“eSports is particularly growing in Western Europe and the U.S.,” Warman explained. “Prize money is doubling every year, sponsorships are getting bigger, so the sheer economy is growing. There’s about $250 million going around, so the venues will become bigger, become more visible, more money going around, even more comparable to the traditional sports.”

In Asia, all eyes will not be on Korea—where it all started—but on China.

“At the moment, China has taken over the leading role in Asia. Korea’s still big, but China… it’s so huge and as with a lot of businesses, also in this case, China is growing like crazy,” Warman noted.

For online gambling operators and sportsbooks, Warman has a piece of advice—treat eSports like sports.

“There’s competition, there’s winners, there’s prize money, so you can build a betting propositiona round that,” he said. “But what I find more interesting is to look at eSports a little bit deeper and the trends that surround it, like the desire of consumers to stream their games, so when people play competitive games they can broadcast it to the world and that is just accelerating the enthusiasm of these eSports people… The whole sort of YouTube generation movement is coming to gaming, so I think there’s more to be learned in addition to simply seeing it as a betting opportunity.”