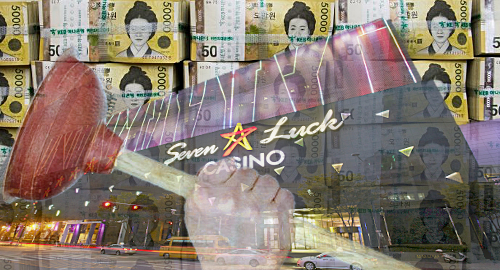 Kangwon Land, a ski resort located in a mountainous region 200km north of Seoul, is the only South Korean casino in which local residents are allowed to gamble. But government concerns over rising levels of problem gambling have forced the casino to trim its operating hours and impose other ‘cooling off’ measures to reduce the property’s potential negative impact on society.

As a result, Kangwon Land’s gaming sales have been steadily falling for nearly two years, and Q3 saw this trend continue, although only on the mass market side. Mass table gaming was down 9% to KRW154.5b while slots were down 7.4% to KRW138.7b. Only the VIP-focused ‘Membership Club’ reported a year-on-year gain, rising 1.4% to KRW57.7b.

Meanwhile, rival Grand Korea Leisure’s three Seven Luck-branded foreigners-only casinos had been faring fairly well in 2018, but the company’s luck appears to have run out. On Friday, GKL announced that its Q3 sales were down 5.9% to KRW130.4b while profit slid 21% to KRW26.4b. The company offered no explanation behind the declines.

Things had been proceeding well, including a 20% sales rise in August, which brought its year-to-date figures up 2%. But the numbers went south in September, dragging the total over the first nine months down 1.4% to KRW368.5b. Worse, the company says October was another bad month, with casino revenue down 10.7% to KRW 36.1b.