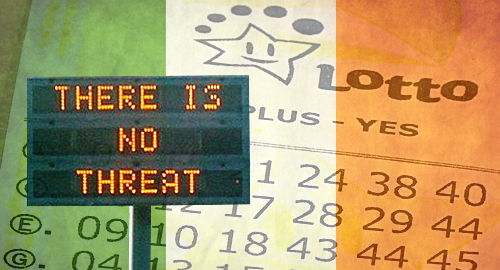 Online lottery betting operators are poking holes in the idea that they negatively impact returns to good causes by Ireland’s National Lottery.

A new report by University College Dublin economist Jim Power, An Assessment of the Online Gambling Market in Ireland, argues that it is ‘factually incorrect” to claim that lottery betting operators are behind a decline in funding for good causes by Ireland’s National Lottery.

The report, which was commissioned by the European Lotto Betting Association (ELBA), found that funding for good causes from the National Lottery was indeed on the decline, falling from €268m in 2008 to €225m in 2017, a drop of €43m (16%).

However, the report also showed that that the ELBA’s three Irish-licensed members, including Lottoland and myLotto24, generated total Irish sales of €1.4m in 2017, or roughly 0.25% of the draw-based turnover generated by National Lottery operator Premier Lotteries Ireland (PLI) last year.

Power says the figures in his report demonstrate the lack of hard evidence to support the claim that lottery betting operators represent “any meaningful threat” to good causes funding.

If anything, Power suggested that the presence of lottery betting operators was driving PLI to up its game, noting that “increased competition in the digital channel is an essential aspect in achieving long-term sustainability for good-causes funding.”

On Sunday, PLI issued a statement saying it “rejects” Power’s findings and repeated its view that lottery betting operators are “clearly cannibalizing our games and denying good causes from additional funding.”

PLI claimed that the National Lottery’s funding for good causes peaked in 2008 due to its sales having peaked that year, while noting that PLI had recorded three straight years of growth in good causes funding, rising from €188m in 2015 to €226.3m in 2017.

PLI also denied that it was a digital dodo, saying digital growth was “an important part of our strategy,” noting that its regular active online players increased from 81k in 2016 to “almost 97k” by the end of 2017.