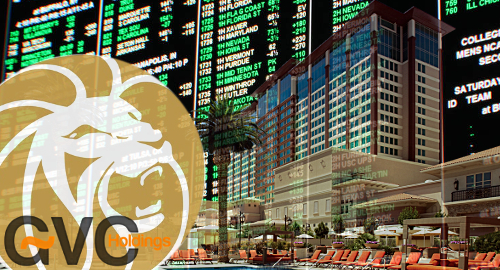 On Monday, MGM and GVC announced that their MGM GVC Interactive LLC joint venture had inked a retail, online and mobile sports betting deal with the UAIC, which operates the Thunder Valley Casino Resort near Lincoln, California.

The deal will see MGM and GVC provide the UAIC with their “iconic brands and proprietary technology” for not only sports betting, but also “casino and poker if and when any are permitted under state law.”

The UAIC and GVC aren’t complete strangers, as the tribe struck an online poker technology deal with the now defunct Bwin.party, which GVC acquired in 2015. That deal, which was struck way back in 2012, ultimately went nowhere, thanks to California’s repeatedly demonstrated inability to approve the necessary online poker legislation.

California has also yet to authorize legal sports betting within its borders, and thus the MGM-GVC-UAIC deal won’t bear financial fruit anytime soon. Instead, the deal is part of the ongoing speculative land rush being made across the country by gaming operators eager to stake their claims of the new possibilities offered by the US Supreme Court’s dismantling of the former federal betting prohibition.

UAIC chairman Gene Whitehouse acknowledged that there was no great certainty of California finding the necessary harmony among stakeholders and legislators to authorize other gambling products, but said his tribe “wants to be well-situated, and this agreement with the national leader in the field does just that.”

Scott Butera, MGM’s head of interactive gaming, celebrated having “a partner the caliber of UAIC as our first partner for MGM-GVC in Indian country.” Equally effusive was Adam Greenblatt, GVC director for corporate development and strategy, who said “the potential of this partnership is significant for MGM-GVC.”