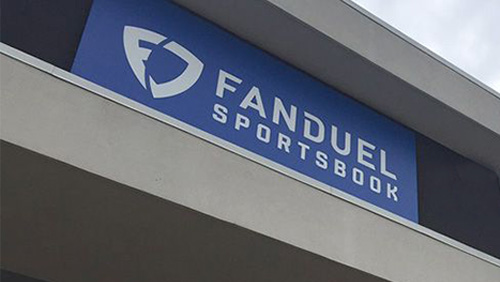 It used to be that, in order to place a sports bet, a gambler would need to contact a bookie or visit a legalized sportsbook. Then the Internet was born, and sports gambling became available on a limited basis, depending on jurisdictions. Following that, with the great smartphone explosion, it was possible to tap on a phone’s keypad bets that needed to be placed. The next step in sports gambling innovation has arrived, and it will soon be possible to place a bet just by talking to Alexa.

FanDuel has announced that it has brought to the Amazon Echo, and possibly other Alexa devices, the ability to tell Alexa to open FanDuel. Specifically, FanDuel is offering connectivity to its Pick 6 product, a new Alexa skill that gives users the opportunity weekly to make six predictions on Sunday and Monday-night NFL football games. Users who land all six predictions will be entered into a daily fantasy sports freeroll worth $1,000.

This past Monday, Alexa asked users a couple of questions related to the matchup between the Kansas City Chiefs and the Denver Broncos. She asked if the Chiefs would score in each quarter and if the Bronco’s Emmanuel Sanders would pick up more than 100 receiving yards. The Chiefs accomplished their task, scoring in each quarter to win the game, 27-23, but Sanders didn’t complete his—he only caught five receptions for a total of 45 yards.

Anyone Alexa users who want to participate in Pick 6 must be ready to give up some personal data. FanDuel requests email addresses as part of the registration process, which will undoubtedly lead to a copious amount of marketing material filling the mailboxes.

The fact that Alexa now, kind of, has entered the gambling fray shows how far gambling has come, particularly in the U.S. States have only had the authority to establish their own regulations on the activity since the Supreme Court shot down the Professional and Amateur Sports Protection Act (PASPA) this past May, yet a number of states have already launched their own programs. Several more are expected to follow within the next year, all of whom are hoping to grab a piece of the industry that will reportedly be worth more than $150 billion annually.