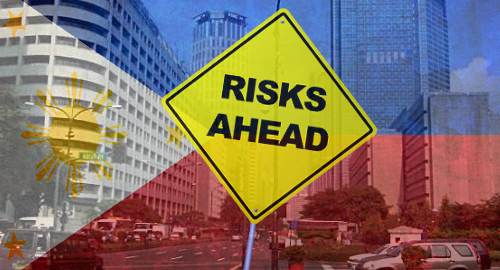 Online gambling operators in the Philippines face a grim future if they continue to operate without a local license, according to the country’s gambling regulatory body.

Philippine law enforcement agencies have raided over 170 illegal online gambling operations since January 2017 and PAGCOR VP Jose Tria Jr. claimed the crackdown had been “stepped up” in June 2018 following a “mutual cooperation” pact with the National Bureau of Investigation, the Philippine National Police and the Bureau of Immigration.

Domingo offered illegal online gambling operators a “word of advice,” namely, “legalize your operations or face dire consequences.” Said consequences could mean either criminal charges or deportation, depending on the passport anyone swept up in the dragnet happens to be holding.

Even those operators lucky enough to hold a POGO license are facing heightened scrutiny of their operations to ensure they are complying with all regulations, including not offering wagers on forbidden markets/events and remitting the full amount of tax revenue owed to the government.

For some time now, PAGCOR has been preparing its third-party audit service to ensure that revenue numbers reported by POGOs are accurate. The POGO program generated P3.9b in taxes and fees for the government last year and PAGCOR expects to double that sum once the audit service is fully functional.

Domingo’s statement also stressed the importance of monitoring POGO licensees’ treatment of their staff, of whom 40% are estimated to be local residents. Domingo said ongoing inspections of POGO operations had shown “substantial compliance” with PAGCOR’s rules and those laid down by local civic governments.

PAGCOR’s statement followed a report this weekend by the South China Morning Post, which claimed that Chinese online gambling operators were driving up Manila real estate prices and pushing local residents out of the city to more affordable accommodations in the outlying areas.

The article further claimed that the majority of workers employed by Chinese gambling operators were Chinese nationals, as compared to the Philippines’ formerly thriving business process outsourcing (BPO) sector. The BPO sector prized workers with a good command of English, while China-facing gambling operators are more concerned with the ability to speak fluent Mandarin.

The Philippines has occasionally pounced on illegal China-facing operations and discovered not just unlicensed online gambling activity but what Chinese authorities characterize as ‘economic fraud.’ On Sunday, Business World reported that the Bureau of Immigration had arrested 46 Chinese nationals earlier this month who were discovered working in local call centers to conduct ‘cyber fraud’ on their countrymen back home.