A tip from the Chinese embassy has led Philippine immigration officers to a Makati-based online gambling operation where four Chinese fugitives and 77 other undocumented foreigners were illegally working. 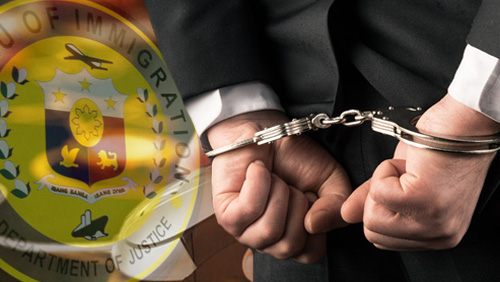 The fugitives were arrested at the 29th Floor of Burgundy Corporate Center along Gil Puyat Avenue, Makati City, before the crack of dawn on Wednesday.

In a statement sent to CalvinAyre.com, Philippine Immigration Commissioner Jaime Morente said the arrest of the four Chinese fugitives stemmed from information that the Chinese embassy in the Philippines relayed to the law enforcement agency.

They were informed that the four had fled to the Philippines and were now illegally in one of the multinational companies in Makati City. The Chinese embassy told authorities that the fugitives were involved in different economic crimes and cyber fraud in mainland China.

Morente also pointed out that the Chinese government had already canceled the passports of the four fugitives, thus making them undocumented aliens.

Incidentally, during the conduct of operations, Morente said the joint operating agents came across 77 other foreign nationals manning their respective work stations at Burgundy.

The BI said the 77 failed to present any immigration documents when required to do so and refused to divulge their true identities.

Consequently, they were all brought to the BI Main office for further verification and investigation.

“The names that they provided are now being cross matched with BI database,” Morente said.

Immigration personnel also arrested Protective Agent Roger Recones of Asian Security Agency for reportedly trying to intervene during the raid. He was also brought to the Immigration office in Manila for disposition.

“The assistance of CITF was sought by the Bureau of Immigration upon information that there are police officers who served as close in security,” he said.