Tax revenue in Singapore increased by 6.8% year-on-year in the latest fiscal year. According to a report by the Island Revenue Authority of Singapore (IRAS), the tax revenue increased to $50.2 billion for the year, driven primarily by economic growth that was better than anticipated. However, the country didn’t get any help from gamblers—tax revenue on gambling was $1.99 billion, 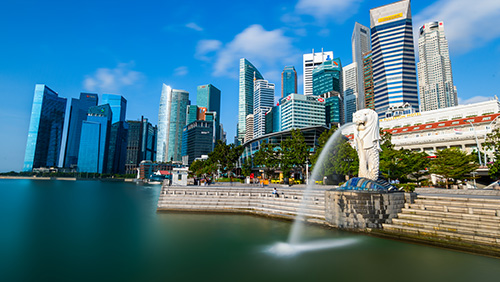 the same that it was last year.

Betting taxes in the country are calculated on the taxes associated with wagers, casinos and private lotteries. Singapore offers a small selection of gambling opportunities, including the Marina Bay Sands and Resorts World Sentosa, as well as sports betting through Singapore Pools.

The results aren’t too surprising, given the tourist numbers from this year. Singapore received more tourists in the first quarter of 2018 than it did last year, with tourists dropping around $1.1 billion into the local economy. This was an increase of 6% year-on-year; however, they spent 0.5% less than the same period last year, only opening the wallet to turn over $4.9 billion.

Since 2016, both casinos have seen greater instability with their finances. There have been slight recoveries, but the venues continue to see a decline in VIP numbers. In the last quarter of 2017, Marina Bay recorded a 4% drop in VIP turnover and a drop of almost 3% in mass-market table revenue. RWS reported similar returns—its net profits in the second quarter of 2018 increased, but its EBITDA (earnings before interest, taxes, depreciation and amortization) fell by 8% year-on-year. Gaming revenue also fell by about the same amount over the same period last year.

As the Asian gambling landscape changes—South Korea, Vietnam, the Philippines and Cambodia are the emerging markets thanks to relaxed gambling laws—the tide is shifting. This has been especially noticeable in the Philippine market, where the gambling industry was worth only $1 billion in 2012. By 2016, it had increased to $2.25 billion.

Many analysts, and even industry insiders, don’t believe that things will turn around. Robert Goldstein, president and CEO of Las Vegas Sands, which owns Marina Bay, said earlier this month, “I don’t see why there would be any catalyst in the near future to drive” gambling revenue up.