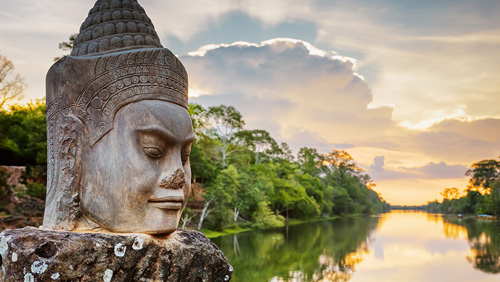 Cambodia, which was once in the shadows of its Southeast Asian peers, is slowly emerging on investors’ radar amid positive gambling reforms.

The Voice of America reported that Cambodia is prepping sweeping legislative reforms in order to corner a larger chunk of gambling investments. The reforms include the likely enactment of a key casino bill that will set a 4% to 5% tax rate for brick-and-mortar gaming facilities.

There are 65 licensed casinos in Cambodia but the sector is dominated by Hong Kong-listed Naga World Hotel and Entertainment.

“The government has said they want to make China one of their top three—if not number one source of tourism going forward,” Reichel said, according to the news outlet.

Aside from mainland China, the Cambodian government wants to lure more players from Indonesia, Malaysia, and Thailand.

Rhys Jones, Managing Director of the Ha Tien Vegas casino, noted that the Cambodian government has a “very positive” attitude toward gambling.

Cambodia’s case is in stark contrast with recent gambling developments in the Philippines, including the government shutting down some online gambling companies.

“People want a bit of certainty,” Jones said, according to the news outlet. “And contrary to reports you might have read, there have been no recorded cases of the Cambodia government shutting anything down. No one that is running a legitimate business in Cambodia and has a legitimate license has had any issues.”