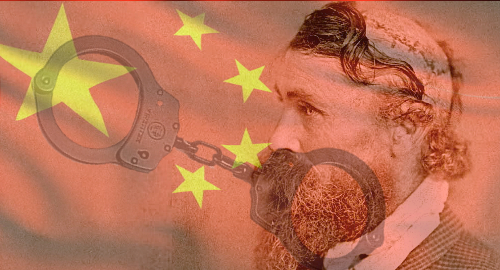 Another day, another takedown of a China-facing illegal online gambling operation, as local residents continue to defy their government’s blanket ban on non-lottery gambling activity.

According to the report, the Zhejiang Provincial Public Security Bureau began its investigation earlier this year after receiving a tip-off from a disgruntled customer of the gambling site. Raids involving 140 police officers were launched way back in March, although, as is typical in Chinese gambling cases, the details are only now being released.

The report fingered two men identified only as Ye and Jiang as the top of a pyramid of agents who enlisted customers for the gambling site, which was based in an unspecified foreign jurisdiction. Ye and Jiang were apparently once partners, but Jiang broke off to form his own online operation.

It was Ye’s agent network that was raided in March, while around 80 cops raided Jiang’s operation on September 1, resulting the arrests of Jiang and 14 other individuals. The gangs’ combined profits from their illict activities were said to exceed RMB50m (US$7.3m).

Meanwhile, The Paper reported on a separate takedown of an illegal online gambling group in Luonan County in Shaanxi province. The group was organized via the WeChat messaging service and wagering was conducted on the Beijing Auto Racing PK10 lottery results (similar to a group that Taiwanese authorities disrupted earlier this month).

While China can do little but play whack-a-mole regarding internationally licensed gambling sites, the government has become increasingly vocal about losing patience with WeChat’s parent company, the Shenzhen-based internet giant Tencent, and other domestic networks on whose platforms illegal online gambling is allowed to proliferate.