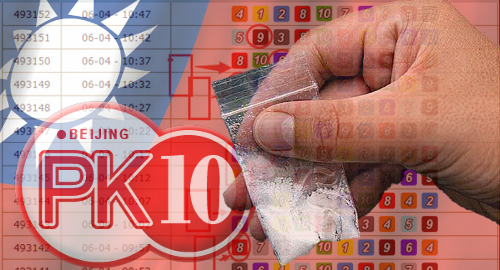 Taiwan authorities have shut down an illegal online gambling operation that reportedly handled wagers worth over NT$1b (US$32.5m) in just the past six months.

On Thursday, the Taipei Times reported that Taiwan’s Criminal Investigation Bureau (CIB) had shut down the illegal online gambling operation of a “criminal ring” following a series of raids earlier this month on residences in the municipality of Taoyuan.

Police arrested a number of the ring’s members, including the two suspected leaders, one of whom claimed that he was just the disgruntled ‘branch manager’ for the ring’s Chinese proprietors, didn’t handle any of the betting cash and received only a small commission for his services.

Despite the ring reportedly handling weekly wagers averaging NT$20m, the self-described branch manager said his total cut over the ring’s lifespan was a mere NT$10m, from which he had to pay his overworked staff.

The ring placed its wagers with the Beijing Auto Racing PK10 site and app, which offers sports betting and bingo products plus a high-frequency lottery based on virtual racing that has proven popular in Taiwan.

One year ago, Taiwan military authorities were publicly embarrassed after revealing that they’d shut down an online betting pool run by a female non-com who acted as an intermediary between her fellow officers and Chinese motor sports betting sites.

Taiwan’s gamblers have little in the way of legal wagering options beyond the state-owned lottery. The Taiwan Sports Lottery enjoyed a surge in activity during this summer’s FIFA World Cup, which push June’s sales up 73% year-on-year to NT$170m.