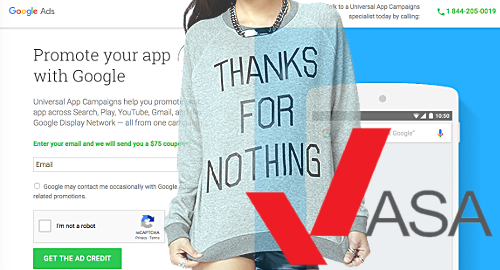 Both operators had used Google’s Universal App Campaign product, which served their campaigns across Search, Google Display Network, YouTube and the Google Play Store. Google limits service of gambling ads to individuals over 18.

In Hills’ case, the operator suggested the ads appeared in the Mario Kart game app due to the devices either having previously been used for gambling or adult-themed content, or by a person with a desktop account who logged in via their mobile device.

In Greentube’s case, the ad appeared in the Dude Perfect 2 app, whose developer had selected the option to disable real-money gambling (RMG) content for the app’s ad networks. Greentube said it had received assurance from Google that the company had been correctly categorized as RMG, leaving Greentube convinced that it had done all it could to prevent kids from seeing the ad.

Both operators also maintained that the game apps weren’t primarily directed at under-18s, and provided statistics indicating the games’ dominant age groups that bolstered these claims.

The ASA wasn’t buying it, saying that while the operators had taken some steps to control how Google disseminated their ads, they hadn’t used all the available tools, such as those that “allow advertisers to apply account exclusions which would prevent their ads from appearing in particular types of apps or websites, including content suitable for different types of audiences.”

The ASA ordered both operators not to run either ad again “without further, specific targeting to minimize the likelihood of under-18s being exposed” to the promos.

The ASA has been tightening its leash on promos that either feature kid-friendly content or appear in media where kids might be watching. One year ago, the ASA and other UK regulatory bodies put online gambling operators on notice that new measures were required to ensure “unacceptable” kid-friendly marketing went the way of the dodo.

KWIFF’S BUZZWORTHY AD FALLS FLAT
In another case, the ASA upheld a complaint against Eaton Gate Gaming Ltd, operators of mobile betting brand Kwiff, for running an ad that featured a number of real customers, none of whom was younger than 25, discussing their use of the betting app.

The complainant argued that the users’ testimonials, which included quotes like “it’s quite a buzz, actually” and “it’s exciting,” were condoning or encouraging gambling in a socially irresponsible fashion.

In upholding the complaint, the ASA took particular offense at the world ‘buzz’ due to it being “commonly associated with the experience of problem gambling,” and warned Kwiff not to run this ad or others like it in future.

This is the second trip to the ASA’s woodshed for Kwiff, who were spanked in May for a promo featuring odds that were never actually offered in real life.