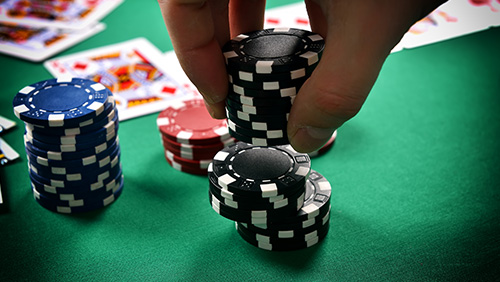 A round-up of the final weekend of the PokerStars’ World Championship of Online Poker including two wins for Dzmitry Urbanovich, a fourth title for Mike Watson, and the biggest win of the series thus far for Linus Loeliger.

Poker players from around the globe are about to grow accustomed to the shaking of hands again, as their sole reason for hibernating in their bedroom like a vampire draws to a close.

The 16th Annual PokerStars’ World Championship of Online Poker (WCOOP) has waved bye-bye to its final weekend. So far, 714,544 entrants have competed in 165 events, creating $70,588,896 in prize money dished out to 111,764 people, and that’s not including the Main Event data yet to come.

The King Cobra in the PokerStars’ snake charming kit is the $5,300 buy-in, $10m Guaranteed Main Event (H), and yesterday Stars surpassed that guarantee thanks to 2,044 entrants (1,572 unique, 472 re-entries) creating a $10.22m prize pool. The winner will take home $1,529,002.94, and the likes of Noah Boeken, Lex Veldhuis and Liv Boeree are still in with a chance of winning that incredible sum of money.

The two winners will emerge on Monday 17 September.

In Other WCOOP News:

The PokerStars European Poker Tour (EPT) Champion, and partypoker ambassador, Dzmitry “Colisea” Urbanovich, became one of the many people to win multiple WCOOP titles in 2018. The superlative Pole battered 158 entrants to collect $34,365 in the $1,050 buy-in HORSE for his third career WCOOP title and then won #4 a few days later in winning the $10,300 buy-in 8-Game, beating 71 entrants to claim the $225,000 first prize.

In a poker world that’s fast-evolving, Watson is becoming ‘old school’, but not as ‘old school’ as Noah “Exclusive” Boeken. The Dutchman took down the $1,050 buy-in 8-Game competition beating 181 entrants to bank $41,630 and is second WCOOP career title. Boeken is still alive in the WCOOP Main Event sitting in 28th place.

Here is that final table

“I’ve read a few books,” posted Loeliger at the time.

I would love to know who wrote them.