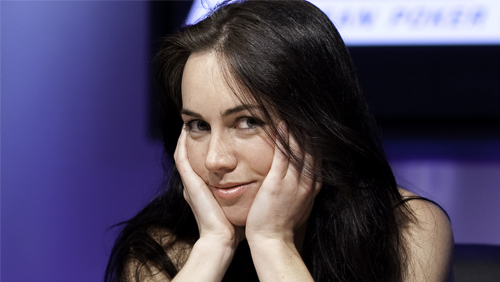 Lee Davy continues his interviews from the PokerStars Caribbean Adventure (PCA) collaring Liv Boeree to talk about the Dunning-Kruger effect.

Liv Boeree looks like a tiger as she makes her way to my table during a break in her deep run in the PokerStars Caribbean Adventure (PCA) Main Event. Her prey is hanging from her mouth. A beast banished from the Ark for looking too fucking cool for school.

Please forgive the slip of the patriarchal poker pen.

It’s a slip that Vanessa Selbst would have pounced upon back in the day. Another tigress who used to prowl this jungle eating people alive in between flops, turns and rivers.

But Selbst is no more, preferring to make her millions working for a Hedge Fund. So a spot opens up like a crowd facing an oncoming bride. The most magnificent matriarch of the poker community is gone. Who will replace her as the most talented poker player in the world?

Fame, she has it.

Well, she is a European Poker Tour (EPT) Main Event winner. Can we use that as a metric for success? Don’t we have to factor in this thing called ‘luck’ that pushes politicians to piss on poker as it passes their pew?

We can’t trust these metrics. They decapitate the tale. The head rolls away from our view. And all we have left is a nasty case of the Dunning-Kruger Effect, lemon juice and all.

“The Dunning-Kruger effect is where someone who is far from competent at a certain thing is so incompetent that they have no idea what competency is, so they overestimate their competency levels.” Says Boeree when I ask her if she has ever suffered from this phenomenon.

“When I first starting playing poker I won the first event I ever played and thought I was the shit. I wasn’t. I was so far from it, so bad that I had no idea what good meant. I had good results straight off the bat and assumed I must be good at this game.

“It’s difficult to recognise poor understanding of something in yourself if you don’t understand it. Human nature is to overestimate our skills in every area because if we don’t think we’re really good, it makes us feel bad.”

So where is Boeree, today?

Does this tigress have a more accurate and honest assessment of where her talent ranks in poker’s pecking order?

When did she wake up and smell the lemon juice?

“When results caught up with me a little bit, I guess,” says Boeree in between bites of a sandwich. “Talking to people who have been playing longer than me, or whose game I respected, helped me see my overconfidence. I would be like, ‘I played this hand this way’, they would ask me why, I would give them my reason, and they would tell me why it was poor logic. You have to ask people who are likely to provide you with constructive feedback; people you trust and respect.”

At that moment, I feel a connection with Boeree. The mass marketing world we live in paints a picture of perfection. We see her sitting at the poker table wearing a mask. A board member for a non-profit. A smarty-pants astro-whatever you call it. The other half of one of the most talented poker players of his generation. A vagabond kicking it with kangaroos. Hell, even her name is an acronym for I Love Beer.

My ribs hum and my forearm roughage stand in salute because here she is telling the world that she wasn’t as great as she thought she was and had to slap a grenade on her ego and pull the pin if she was going to achieve even greater things in this game.

Most of us guard our vulnerability with barbed wire. How did she cut through hers?

“Again, given the Dunning-Kruger effect, I don’t know for certain that I have,” says Boeree. “In the last eight years or so I have tried to surround myself with honest people who are better than me. People like Igor {Kurganov} won’t hesitate to tell me when I’ve screwed up, and that helps.”

And Boeree faces the whiplash of a new venture more than most. The UK-pro is a polymath of sorts. The desire to try new things is in her marrow. Risk. The bungee jump of life. Up. Down. Dizziness. Fear. Excitement. So many new things. So many ways to drown in the arms of unfamiliarity. How does she manage to push the fear aside long enough to put her right leg inside her tiger lycra?

“It’s the classic Growth v Fixed mindset. A person with a fixed mindset is someone who has been taught they have a fixed level of intelligence and talent, and that’s all you’ve got and if you achieve success, it’s because you were born to be successful. If you have a growth mindset, yes there are some elements of natural talent but most of the time success is determined by how much effort you put in and the techniques we use to teach ourselves. It’s possible to change skill level with the right coaching, self-discipline or good fortune. You can learn to become better at a particular task. 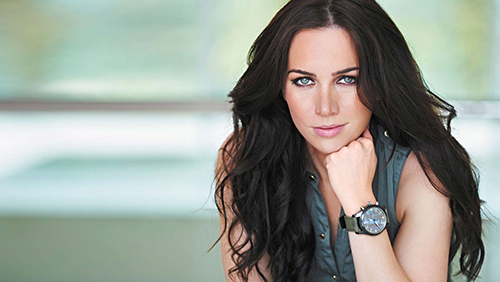 “As a kid, I assumed I was good at exams because I was naturally born that way. But no, I had excellent teachers who taught me in a way that suited my personality. I became better at certain things because of that. Usually, results are a product of the amount of hard work and the teaching methods you use to get there. It’s about learning and change.

“People can change over time. I notice it in my personality. I used to be wildly extrovert, the life and soul of the party. I’m not like that anymore. I favour smaller, quieter groups. Could it be part of growing up? I feel a fundamental change in my self. It’s not a right or wrong thing. It’s interesting to see how much people and personalities change over time.

“And I don’t like the compartmentalised introvert and extrovert terms. Like many things, it’s a scale, and we move around the scale. I was closer to the extrovert scale when I was younger, now I have slid towards the introvert end. It’s also mood dependant. There are times when I want to talk to everyone and stand up with a mic in my hand, and other times I want to just hide in my bedroom.”

I wonder if Boeree’s journey up and down the Myers Briggs scale is related to the desire to be cool? I realise how childish that sounds. There is a ring of narcissism to it. But there is an allure to want to jump into a Tesla Roadster and speed through life with your hair trailing in the wind. Then one day, you crash into age and suffer a severe case of whiplash. The bedroom it is then.

“No matter how much we think we don’t care what people think of us, I know I do,” says Boeree. “I’m aware we should all do it less, but at the same time, there is value to being liked. It means you are probably doing something that’s beneficial to others. If you’re a uniformly disliked person, you’re not helping people, or you’re not that great to be around. It’s useful feedback. It’s that fine line about caring what people think but not letting it dictate your actions in life. There will be times when you think people are wrong and you don’t listen to them. Then there is the wisdom of the crowd. It’s that evidence evaluation thing.”

She asks me how the family is doing?

Then she slips away, leaving her sandwich behind.

“Someone is going to get devoured,” I think as I watch her move gracefully between tables.

She finishes 17th in the Main Event. A 14th place finish in the $25k event follows. If anybody has what it takes to dominate the female poker scene in the same way that Selbst did, it’s Boeree.

A member of one of the smartest tribes in poker.

I’ll stick my pin in her tail.