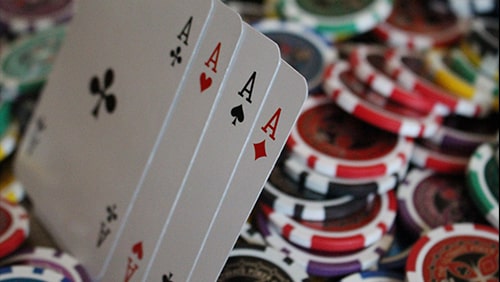 The PokerStars WCOOP Main Event concluded in dramatic fashion as Andre Marques was crowned champion, winning the lion’s share of the $10 million prizepool in the process.

It was an exciting final day that took six hours to wrap as Portuguese player Marques came out on top of the 1,977 total entries in the online behemoth in terms of poker tournaments.

It was Dutch player Teun Mulder who started the day as chip leader, but neither Marques or Robin Ylitalo were too far off the leader and the trio all held their chip control as both short stacks busted first. Cecilia Cafaro finished in 9th place for $99,997 – why they don’t round-up all amounts by the odds $3 in $10 million on the final table we’ll never know – before ‘77atlant77’ cashed for $140,280 one hand later.

It was Andre Marques who dealt death each time to those to two opponents, but he had nothing to do with Michael Telker’s tournament demise in 7th place. His suited ace was no match for Andriy Lyubovetskiy’s pocket tens and the field was reduced further when Denys Chufarin busted in 6th place after losing out to Robin Ylitalo. When Andriy Lyubovetskiy’s king-jack was dominated out of contention by the ace-jack of German player Tonio Röder, only four players were left.

With four players left, the stacks got shallower across a mammoth session within the game that lasted over two hours. All four players led at different points during the impasse, but it would be the Swedish player who busted, cashing for $543,301 in 4th place.

With just three players remaining, deal discussions came to the fore having briefly surfaced before. This time, an agreement was reached that saw all three men with over a million dollars in prize money. Mulder had led the day, but left in 3rd place, ultimately grateful to the deal, cashing for $1,101,528.

The Portuguese player entered heads-up play with a good lead and eventually won with a rivered straight, condemning runner-up Röder to a finish worth $1,082,523, with Marques taking home a top prize of $1,147,271.

As you can see from Andre Marques’ Hendon Mob page, as well as several cashes in countries such as Ireland, Morocco, Spain and Romania, the Portuguese player who also has live results in his home country also cashed nine times in the WSOP 202 Online Series between July and September. Now Marques has a WCOOP title to add to his poker resume and a seven-figure result that will undoubtedly be the highlight of his career.