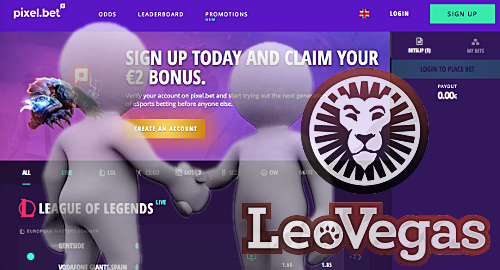 Mobile casino specialists LeoVegas have dipped their toes into the eSports betting market via the acquisition of Pixel.bet.

On Thursday, the Stockholm-listed LeoVegas announced that its LeoVenture investment arm had taken a 51% stake in Malta-based “mobile-first” eSports betting operator Pixel.bet, which made its debut earlier this year. LeoVegas said it would fund the €1.5m deal, which is expected to close in the current quarter, through a new share issue.

LeoVegas CEO Gustaf Hagman called eSports “an international and fast-growing area” and the Pixel.bet acquisition would offer LeoVegas “unique insight into a new and fast-growing segment” of the gambling marketplace.

Pixel.bet CEO Eirik Kristiansen hailed LeoVentures as a “unique partner and investor who understands and shares our passion” for eSports. Pixel.bet has made Sweden and other Nordic markets its initial geographic focus, which should help smooth its entry into the LeoVegas fold.

The gambling industry has to date made only tentative forays into the eSports betting business, but the explosive growth of eSports tournament attendance, media coverage and sponsorships are pushing more operators to at least consider the possibility. Some estimates put global eSports wagering handle at $6.7b in 2018, with that figure expected to double by 2020.

Longtime bookmaking stars Pinnacle were early pioneers in the field, having taken their first eSports wager in 2010, and had booked over 5m eSports wagers by mid-2017, making it the company’s sixth-largest sport by betting volume. In April, Pinnacle launched its B2B Pinnacle Solution platform, highlighting its eSports offering as a prime selling point.

LeoVegas has been taking steps to diversify away from its mobile casino core, including last month’s official relaunch of its BetUK online sports betting brand, which the company acquired via its £65m acquisition in January of Intellectual Property & Software Ltd.