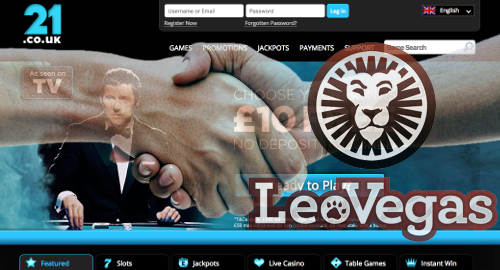 On Friday, LeoVegas announced that it had reached a deal to acquire the IPS assets, which include online gaming brands 21.co.uk, Slotboss, Bet UK and UK Casino. The deal will also see LeoVegas absorb the assets of Alderney-based European Domain Management Ltd (EDM) and Newcastle-based marketing services business Rocket 9 Ltd.

IPS generated revenue of £11.7m in Q4 2017, nearly 50% higher than it reported in Q4 2016. The combined operations of IPS, EDM and Rocket 9 reported adjusted earnings of £3.8m, representing an earnings margin of 32.6%. The companies had a combined payroll of 85 employees.

The deal will cost LeoVegas a total consideration of £65m, which the company will finance from cash and existing loan facilities. The company secured debt financing of €100m last October, when it reached a deal to acquire the operations of UK-facing online casino operator Royal Panda.

IPS currently uses a technical platform supplied by Bede Gaming, and LeoVegas has inked a new services agreement with Bede to ensure continuity.

LeoVegas CEO Gustaf Hagman said it feels “just great” to have sealed the IPS deal just as LeoVegas celebrates the sixth anniversary of its launch. The Royal Panda acquisition gave LeoVegas “two scalable brands” and Hagman said the IPS deal would complement that with “a local, multi-brand strategy.”

Like many of its UK-facing rivals, LeoVegas has been on an acquisitive tear of late, including a deal last month in which it acquired 51% control of live casino games streaming site CasinoGrounds. LeoVegas paid SEK 30m (£2.7m) upfront with a potential maximum earn-out of SEK 15m based on CasinoGrounds’ H1 2018 performance. LeoVegas also secured the option to purchase an additional 29% of CasinoGrounds in 2021 or 2022.