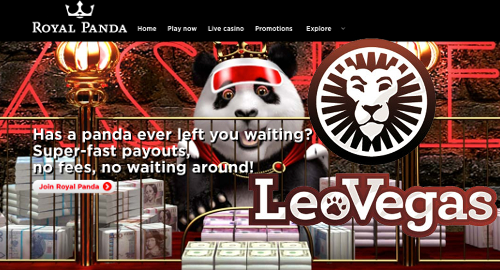 On Tuesday, LeoVegas announced it had inked a deal to acquire Malta-based Web Investments Ltd, which operates the primarily UK-facing Royal Panda online gambling brand. The parties say they expect to conclude by December 1.

The deal calls for LeoVegas to make an upfront payment of €60m with a maximum possible earn-out payment of €60m, subject to meeting certain financial milestones. These include Royal Panda generating revenue of at least €50m and earnings of at least €15m in the 12 months following the deal’s completion, with at least €34m of revenue and €5m of earnings coming via the UK market.

Royal Panda, which operates a proprietary technical platform and recently added a BetConstruct-powered sportsbook, generated estimated earnings of €3.2m on revenue of €9.8m (+61%) in Q3, with nearly two-thirds of revenue coming via mobile devices. The UK market accounted for nearly half of Royal Panda’s Q3 business.

LeoVegas says it will finance the initial purchase price from its “strong cash position” but the company has also obtained new debt financing of €100m “in order to act on future acquisition opportunities.”

The UK accounted for 12% of LeoVegas’ Q3 revenue but had Royal Panda been contributing to the company’s Q3 results, LeoVegas’ UK market revenue would have surged by 73%.

LeoVegas reported revenue of €55.6m in the three months ending September 30, a 40% rise over the same period last year (organic growth was 33%). The share of revenue from locally regulated markets nearly doubled to 25.3%.

Despite the revenue rise, earnings fell 22.5% to €7.6m and operating profit fell 26.5% to €6.9m, which the company blamed on marketing expenses and higher taxes in those regulated markets.

Q3 saw LeoVegas shut its Australian-facing operations, which contributed €5.8m to LeoVegas’ Q4 2016 revenue, although the company says the closure hasn’t had an “appreciable impact” on its Q4 2017 revenue so far.

In the first 23 days of October, LeoVegas says revenue hit €14.9m, up 70% from the same period last year, although the company cautioned that last year’s period was “comparatively weak” while this October was “exceptionally strong.”