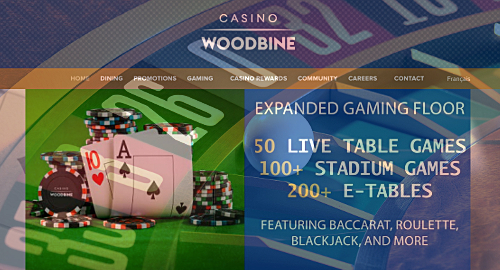 On Friday, GCG announced that its One Toronto Gaming (OTG) subsidiary had received the necessary zoning approvals from Toronto city brass to offer table games at Casino Woodbine, the formerly slots-only parlor attached to the fabled racetrack.

The casino has formally launched 50 live dealer tables as well as around 200 electronic tables and a ‘stadium’ style setup that can accommodate a further 100+ positions. OTG says it expects to add an additional 50 live tables and over 300 additional slots – bringing the property’s slots count to around 3,000 – in the fourth quarter of this year.

OTG CEO Rod Baker called the table launch “another important achievement” for his company that had generated over 400 new jobs and would create another 300 by the time the Q4 tables arrive.

One year ago, the Ontario Lottery & Gaming Corp (OLG), which oversees all gambling in the province, awarded the Greater Toronto Area gaming ‘bundle’ to a joint venture of GCG and private equity group Brookfield Business Partners LP. In addition to the Woodbine property, the venture also gained control of Ajax Downs and the Great Blue Heron Casino in Port Perry.

Woodbine, which is located on the outskirts of Toronto near the city’s international airport, has been conducting racing since 1956 and added its first slots in 1999. Woodbine was awarded the right to open a casino in 2015 following the failure of the latest attempt to bring a full-fledged brick-and-mortar gaming venue to the metro Toronto area.

Sharp-eyed readers will recall that effort coming to naught in part due to last-minute cash demands by Toronto’s then-mayor Rob Ford, possibly due to his being high on crack at the time.