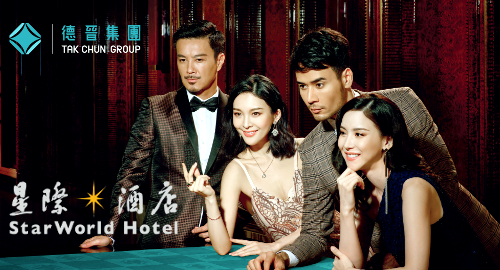 On Friday, GGRAsia reported that Macau junket investor Tak Chun Group had confirmed plans to shift its current operations at GEG’s StarWorld property to a different floor, while also expanding the number of tables under its control.

According to the report, Tak Chun currently operates 14 VIP gambling tables at StarWorld, but the newly relocated VIP club – which will take up the whole 11th floor – will now feature 16 tables.

Tak Chun has been on an expansionist tear this year, launching new VIP clubs at Sands China’s Plaza Macao in February and at the Macau Roosevelt Hotel, which operates under a SJM Holding license, in May.

More recently, it was strongly suggested that Tak Chun will be among the junkets being welcomed to MGM China’s new MGM Cotai property. In 2016, Tak Chun closed its VIP club at MGM Macau, shifting its action to Sands’ new Parisian Macao.

Tak Chun is also making moves outside Macau, having set up shop in the new Okada Manila integrated resort in March, then followed that up with the launch of a new VIP club at the Crowne Plaza Danang resort in Vietnam.

Tak Chun is traditionally cagey regarding its financial performance but director Lei Chi Wai claimed in February that the company’s 2017 results had started off slow, then shot up 30% to 40% in the second half of the year.