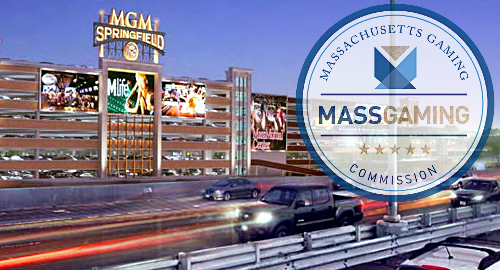 Massachusetts gaming regulators have given their final approval for MGM Resorts’ new $960m MGM Springfield casino to open this Friday.

On Wednesday, the Massachusetts Gaming Commission (MGC) issued regulatory approval for MGM Springfield opening its doors to the public on August 24th. The approval follows successful completion of two test play nights over the past week under the watchful eye of state officials.

Penn National Gaming’s slots-only Plainridge Park Casino has been open since June 2015 but MGM Springfield will be the state’s first destination casino. In other words, there’s a lot of pressure on MGM not to screw this up.

Wynn Resorts is scheduled to open its $2.4b Encore Boston Harbor resort in June 2019. The project was formerly known as Wynn Boston Harbor prior to the revelations of sexual harassment claims against Wynn’s former CEO Steve Wynn. The MGC is currently conducting a probe of what Wynn execs knew re their former leader’s behavior.

MGM plans to hold a “lively procession” down Springfield’s main street to kick off Friday’s launch party and local transit operators are bracing for a surge in ridership. MassLive reported that even Connecticut’s railway operators are making contingency plans in the likely event that hordes of looky-loos choose to make the trip north.

MGM Springfield was cited as the kernel that led the operators of Connecticut’s two tribal casinos – Foxwoods Resort Casino and Mohegan Sun – to propose a joint venture casino project in the northern part of their state, just across the border from MGM’s new venue.

MGM Resorts had done its best to object to the new tribal competition, allegedly lobbying Interior Secretary Ryan Zinke to slowroll his department’s approval of the Connecticut casino, which needed the feds’ okay since it was being built off tribal land.