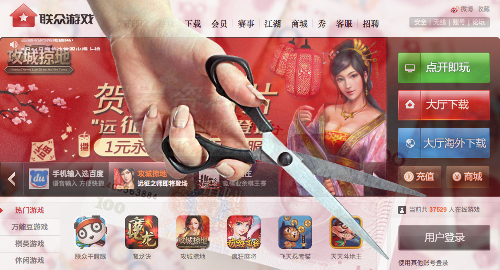 Hong Kong-listed gaming operator Ourgame International Holdings is restructuring its business after Chinese regulatory headwinds did a number on the company’s financial outlook.

On Wednesday, Ourgame informed the market that it expects to record a net loss in the first six months of 2018 that will be “significantly higher” than the RMB74m (US$10.75m) net loss the company reported in the same period last year.

The company said the losses were primarily due to “highly challenging conditions that the Group’s card and board game businesses in China have continued to face together with regulatory headwinds,” not to mention intensified competition from rival developers and “adverse payment policy changes” from its “main mobile carrier payment partners.”

As a result, Ourgame plans to undergo a restructuring that will see it sell off segments of its China card and board games business, including Ourgame Hall and Poker World, although it will continue to earn benefits from these divested properties through a licensing model.

Ourgame says this action will result in one-time impairment losses of between RMB350m to RMB380m ($55.2m), representing between 19% and 21% of the company’s total assets. It was only this January that Ourgame announced a trio of acquisitions of China-facing board and card game businesses that cost a combined $66m.

The restructuring involves Ourgame disposing of a subsidiary, Beijing Lianzhong, that was caught up in a scandal this spring. In April, three Beijing Lianzhong execs were arrested in China for reasons that remain somewhat murky, yet appear to have been related to illegal underground poker games.