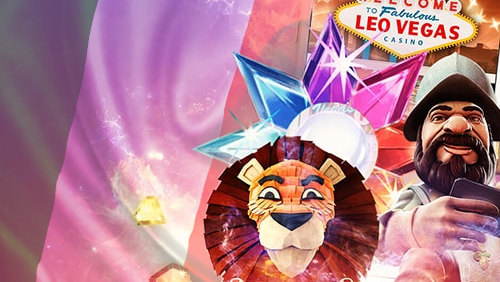 Swedish mobile casino operator LeoVegas is pushing back against Italy’s proposed ban on all gambling advertising by educating politicians on sustainability and responsible gaming.

LeoVegas made an update on the Italian gambling market on Wednesday right after it announced that its revenue jumped 76 percent in the second quarter of 2018.

In its Q2 report, Leo Vegas reiterated its position to its stockholders that the blanket ban on all gambling advertising in Italy will only benefit unlicensed gambling operators. The good news for investors is that the proposed ad ban in Italy remains highly uncertain, according to LeoVegas.

With time on their side, LeoVegas pointed out that it has taken steps to persuade Italian politicians not to push through with their proposed ad ban. In July, LeoVegas filed a formal complaint with the European Commission (EC) regarding Italy’s plans to ban all gambling advertising and sponsorships.

Aside from filing a complaint, the gambling operator said that they’re also trying to educate politicians on what “licensed operators are doing in the areas of sustainability and responsible gaming.”

“Italy is one of Europe’s largest gambling markets. More than 3 million people in Italy play online every month, and it is a growth market that we believe strongly in,” the company said.

Despite the challenges it has been facing in Italy, LeoVegas presented its investors with an outstanding second quarter report.

Excluding markets that were closed in 2017, LeoVegas said that its organic growth was at 38 percent.

The acquisitions of Royal Panda and Royal X turned out to be one of the best bets that LeoVegas made last year, after the twin businesses posted EBITDA margins of 30 percent and 21.8 percent respectively in Q2.

LeoVegas also noted that the number of its depositing customers climbed 79 percent to 309,987 year-on-year.

According to LeoVegas CEO Gustaf Hagman, the company’s record profit in the second quarter may be attributed to lower marketing costs. Unlike other gambling operators, LeoVegas opted not to go all out with its marketing campaign during the FIFA World Cup 2018.

“During the FIFA World Cup, many gaming companies that work primarily with sports betting significantly increased their advertising budgets, and as a result the long-term customer value of our marketing was deemed to be uncertain. Our models indicated not to advertise in certain channels, and accordingly we quite simply refrained. This in turn resulted in slightly lower growth but at the same time significantly higher EBITDA. I am very happy about the strong earnings in the quarter,” Hagman said.

Weekly Poll – Has the ASA Been Too Heavy-handed with Banning of Gambling Ads?
Rogelio Gabiano Jr
6 June 2014

The Church of Scotland Call for a Ban on Gambling Advertising
Lee Davy
23 April 2014
.