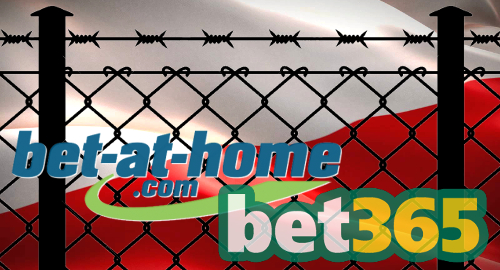 On Tuesday, Poland’s Ministry of Digitization announced that “there will be no central register of prohibited domains,” which would have expanded the country’s current blacklist of unauthorized online gambling operators to include websites that promoted or offered other “goods and services contrary to the law.”

News of the government’s central registry plan floated earlier this month, and was met with howls of protest from civil libertarians, particularly given reports that internet service providers would be compelled to provide info on individual Polish citizens’ attempts to visit any site on the forbidden list.

The Ministry’s announcement claimed the idea behind the central registry was simply to “minimize costs on the part of telecommunications entrepreneurs” but the Ministry discovered that “proposals for possible blocking of some parties were not accepted.”

The Ministry insisted that it never intended to “restrict the freedom of the internet” and claimed that public statements to the contrary were “far-reaching over-interpretation and abuse.”

POLISH-LICENSED BOOKMAKERS ENJOY TRAFFIC SURGE
Poland introduced its online gambling blacklist after the 2016 revisions to the Polish Gambling Act that required online sports betting operators to obtain a local license, while online casino and other gambling products were reserved for the state-run Totalizator Sportowy.

Internationally licensed online bookmakers’ share of the Polish market was estimated at 90% prior to the new regulatory regime, but the government claimed that Polish-licensed operators’ share had risen to 40% by the end of 2017. The government hopes to eventually push this local share to 80%.

The increasing clout of local bookmakers was on display in website traffic data for the month of June published this week by Virtualnemedia.pl. Local operator LVBet was visited by 2.25m Poles who made a total of 7.9m page views, averaging nearly four minutes on the site.

Prior to the new regime, two international operators – Bet365 and Bet-at-home – were said to control around half of Poland’s online market between them. The traffic stats show that each operator’s site got slightly less than 70k visitors in June, but Bet-at-home’s users averaged over 36 minutes on the site compared to just 1:35 for Bet365.

So, is Bet365’s site layout just that more streamlined, or are Polish bettors simply using the site to check out what kind of odds are available when you’re not required to remit 12% of your online betting turnover to the state (as locally licensed bookies are required to do)?

The Polish government imposed both domain- and payment-blocking measures against unauthorized international operators last year, and the site data showed Bet365’s Polish traffic took a 97.4% hit this year compared to June 2017, while Bet-at-home suffered an 87.8% decline.