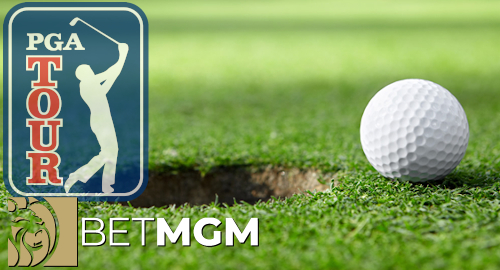 The PGA Tour will incorporate BetMGM-supplied live betting odds into its CJ Cup broadcasts, while Bet365 has rolled out a new in-play golf betting product that is turning heads.

On Monday, the PGA Tour announced that this week’s Golf Channel broadcasts of The CJ Cup @ Shadow Creek will feature live betting odds courtesy of Tour partner BetMGM. This marks the first time the Tour is permitting live betting promotion in its television coverage after testing the integration on its digital platforms during August’s Wyndham Championship.

The Tour inked an official betting partnership with BetMGM in August and the parties seem eager to make the most of this pact. PGA Tour senior VP, Media & Gaming Norb Gambuzza said betting partnerships were all about engaging fans “in new and creative ways” and the Tour hopes to learn some valuable lessons from its CJ Cup experiment.

BetMGM chief marketing officer Matt Prevost patted his company on the back by saying that being chosen to lead the Tour into this brave new broadcast betting world “speaks to the innovative nature of our partnership.” Prevost vowed to continue to “move the needle” by working with the Tour to produce similarly “great content.”

Live Golf Tracker allows punters to visually track “every drive, iron and putt from your favorite player or favored groups,” as well as the ability to switch between individual scorecards and the tournament leaderboard. Judging from social media mentions, early feedback to the product has been almost universally positive.

The Tracker will also live stream two Par 3 holes from select tournaments on a daily basis for a ‘true on course experience.’ IMG has streaming deals with numerous sports leagues, including the NHL, the UFC, European football, tennis tournaments and the Tour.

IMG signed on as the Tour’s official betting data distributor in 2018 and expanded that deal last year to include North American bookmakers. IMG has also launched a virtual betting division with its partner Leap Gaming that has inked deals with NASCAR and the ATP.