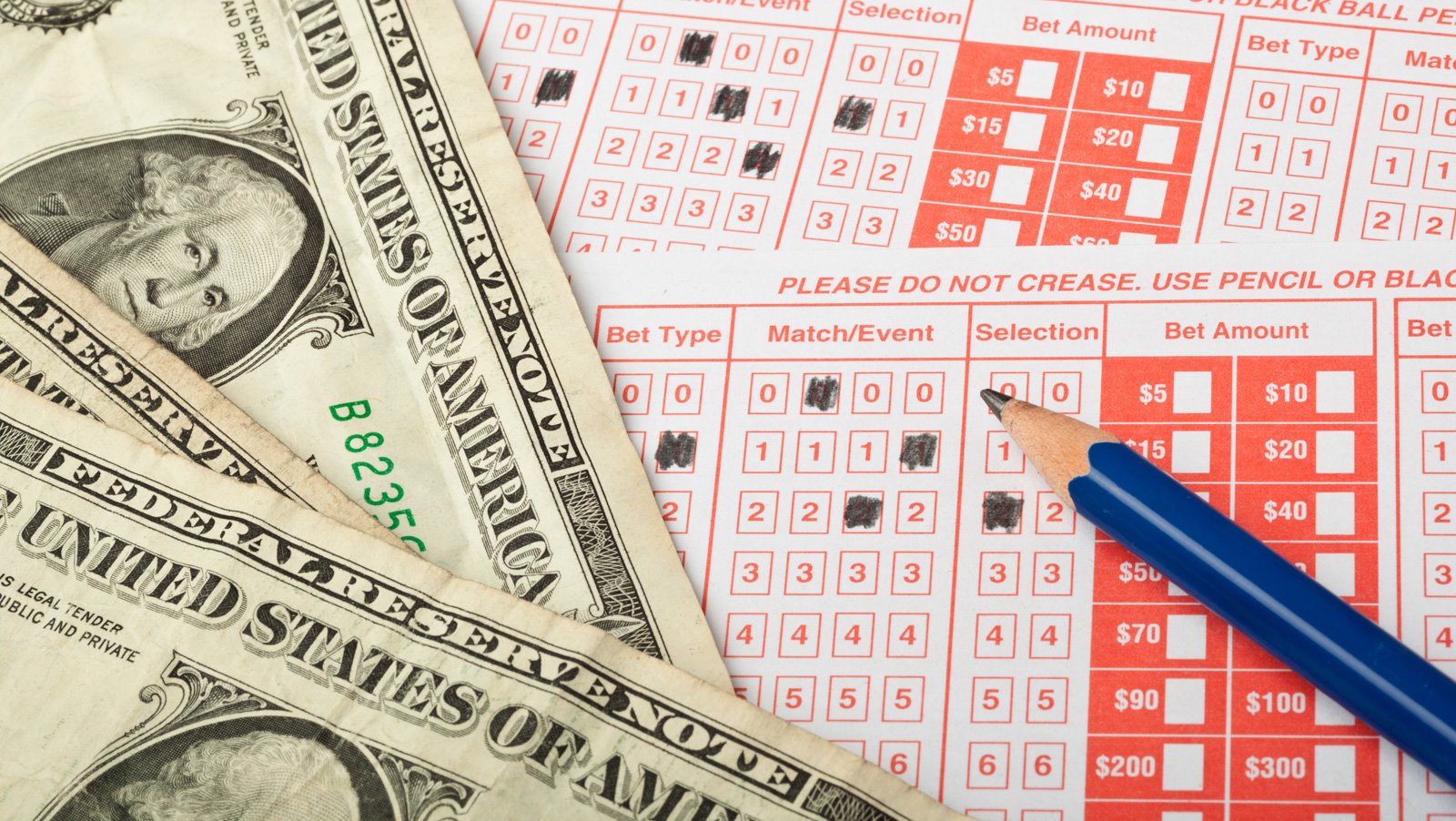 “When the unexpected meets with the unprepared, there we find the greatest astonishments!”

In the USA, state after state is gearing up to legalize sports betting, following the Supreme Court decision in Murphy v NCAA, which, as we all know, struck down the federal law known as the Professional and Amateur Sports Protection Act (PASPA). But even as they do so, a number of unanswered questions are coming home to roost.

So it would logically follow that if states may now authorize sports betting, so can the gaming tribes. Logical, isn’t it?

Well, yeah. But as invariably happens with American gambling law, there is a catch. The IGRA does not allow a given tribe to simply haul off and start gambling. First, it must be a tribe that is formally recognized as such by the federal government. (The process by which a given group of Indians is certified, decertified, or re-certified is simply too convoluted to discuss here.)

Second, for the purposes of Indian gaming, gambling itself has been divided into three categories or classes. Class I gaming is that collection of games and contests traditionally played, before European contact. Class I gaming is completely controlled by the tribe. Then there is Class II gaming, which is bingo (but not keno) and un-banked card games. Class III is everything else- including sports wagering. (25 USC § 2703).

Tribes can play Class I any time. Permits to offer Class II gaming come from the federal government, once the tribe in question has established its own gaming commission, regulations, controls, and other prescribed features. Class III can only be offered in a given state after a compact has been signed between that tribe and the state government of the place they reside. An approved tribe may only offer gambling—of any class—on its own lands .

An additional wrinkle for Class II is that a tribe may only offer the same kinds of card games or bingo which are also available outside the reservation. This is why there is no Native American gambling in the states of Utah and Hawaii. The state governments there do not permit any form of gambling outside the reservation, and, in any case, native Hawaiians are not considered to be “Native Americans” under Federal law1. Therefore, the tribes in that state may not offer it either.2 In fact, state law classifications can and do trump Indian interpretations under the IGRA. In Idaho, for instance, poker is classified as essentially class III.3 This is because the game is prohibited both by Idaho’s gambling laws and by the state constitution. If nobody else in the jurisdiction can offer poker, neither can the Indians, IGRA or not. And the same goes for sports betting.

Consequently, a great deal depends on the relationships between a given tribe and its state government. Florida’s Seminole tribe, for instance, seems to be on track to add sports betting to the games they already offer. Even so, a great many details need to be worked out. For California, on the other coast, gambling expansion seems to be at a dead stop. The problem centers around what types of gambling do and don’t rate as “casino style” games California had already banned “casino style” games (in its Constitution, yet). But in the year 2000, the voters authorized a change to that state Constitution, which allowed gaming tribes, and only gaming tribes, to operate this casino style gambling, including banked games and slot machines Class III. In other words, there are 67 Indian casinos in the Golden State.  (Fact: 110 of the 500-plus federally recognized tribes have their lands in that state.) But there are also licensed card rooms, about 90 of them, who were there first. The card rooms maintain, probably correctly, that the Indian operations have scooped most of the card room clientele from under them. The Indian operations offer more different kinds of games and mostly bigger jackpots. Add to this that many of them are Vegas-style resorts as well as gambling operations, while the card rooms are severely restricted in improvements or additions.

So the challenge for the card rooms was to find games which were comparable to Indian Class II, but provided the thrill and action of Class III. Their solution is the Third Party Proposition players (TTP). Licensed by the state, they are in fact casino employees whose job is to make sure that anybody who wants to play can find somebody to play with. Now it so happens that a number of players don’t really want the position of banker or dealer. Therefore the TTPs tend to serve as default bankers/dealers. As far as the Indians are concerned, this is nothing more than a sneaky way to bring banked games in where they’re not supposed to be.

Therefore the California Indians are presenting a solid front to the state government: no support for sports betting OR for online poker, unless and until the TTP system is done away with. And they have the bucks and the big political wallop to make sure no gambling expansion goes forward without their approval. In any case, even if they can be brought to agree, it’s going to take years. Authorizing sports betting in California will require yet another amendment to its Constitution.

California, as in so many other things, is the most extreme case of this problem. But rumblings have been heard in other states, too. Connecticut and Mississippi are also wondering how to handle the changes since Murphy v NCAA. The Indian position is that they and they alone are authorized to offer sports betting, since that is considered a casino-style game. But there is competition, too.

Horse tracks, long plagued with declining attendance, would love to have sports betting operations at their location. In New Jersey, one of the first betting sites to open up was Monmouth racetrack. Then, of course, there are the casino resorts. In Nevada they already dominate sports betting, which has been legal all along there.

Even so, tribes across the country maintain the same position: signing of class III gaming compacts automatically gives them a monopoly on casino-style gaming. But the decision on that depends very much on what the actual compacts say. The Internet was not even mentioned when the first of these was agreed upon; in some later instances, the terms of recent compacts forbade the tribe in question from offering gambling over the Internet at all. And, of course, there is no fixed format for composing these compacts. Not only will compacts vary from state to state, but sometimes literally by which year they were signed. 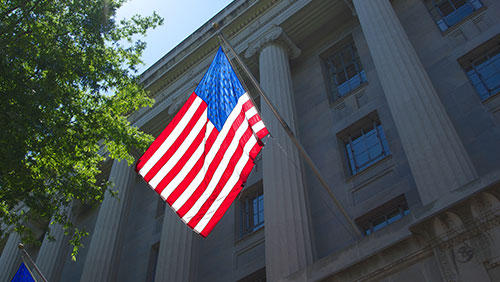 Already there is talk about using the Internet and social media for sports betting. But Indian gambling over the Internet, sports bets or anything else, seems far in the future. Most states won’t even discuss online gaming for their Indians. Many don’t want to wrestle with the jurisdictional issues would be sure to arise.

It’s the old conundrum: if a gambler in State X connects with an out-of-state gaming operation, does that contact alone give State X jurisdiction over that out-of-state business? To this day, the question has not been openly recognized, let alone seriously adjudicated. An Indian online casino would make the problem even knottier. Most, if not all, federally-recognized tribes maintain that they have the power of sovereign immunity (meaning you can’t sue a given government if that government doesn’t allow it.)

If an Indian tribe can set up its own gambling commission does that give it the necessary sovereignty to deal with customers abroad and overseas? A jurisdiction within a jurisdiction? What if the Indian operation in question only took bets from abroad, and not from any U.S. citizens residing outside the home state?

For the states, right now, the safest thing is “don’t let the problem get started.”

It remains to be seen whether some adventurous tribe will test these very murky waters.

Getting Indian tribes to participate in sports betting, online or off, is going to be a long, involved, and often acrimonious process. The rising tide may lift all boats (or at least most of them). But there is no tsunami on the way. Even what are considered “slam dunks” will most likely turn into protracted slogging matches between interested parties and assorted stakeholders in the existing gambling regimes.

As a practical matter, the Indian claim of exclusivity for casino style games will probably not hold in relation to sports betting. Latest estimates are that $140 billion is spent on illegal sports bets in the United States alone. If a way can be found to get into the global market, that runs about $400 billion per year. Indeed, there are rights, there are privileges, and there are demands to respect tribal sovereignty (of which no two definitions are alike).

What’s going to drive the decisions that will be, regarding sports betting, online or off, is a simple five-point legal analysis summarized below.