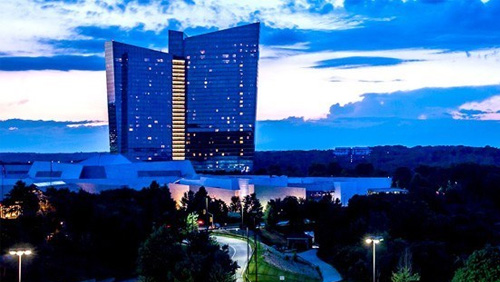 Casino operator MGM Resorts International may have to wait a little longer to determine whether it will be allowed to operate a casino in Connecticut.

The Connecticut Post reported that there’s a 50% chance that Connecticut lawmakers will pass a bill seeking to expand casinos in the Nutmeg State, especially with only a few weeks before the Congress adjourns the General Assembly. According to House Speaker Joe Aresimowicz, the chances for any casino-related bills to sail through the Congress are slim.

“There’s dueling reports that keep coming out in talking about the fiscal viability of a casino in Bridgeport and what it would do to the state’s finances,” Aresimowicz said, according to the news outlet. “I think we have to have a comprehensive view of gambling here in the state of Connecticut and what that looks like.”

MGM has lobbied hard to construct a new casino on Bridgeport’s waterfront to counter the proposed casino of the Mohegan and Mashantucket Pequot tribes in East Windsor, which received a green light from lawmakers in 2017. MGM supported the moves in Congress to repeal Public Act 17-89 (PA 17-89), which authorized the East Windsor gaming facility.

To be fair to the casino operator, eastern Connecticut lawmakers have exerted equal effort to repel MGM’s advances in the state Capitol, ensuring that the jobs and money provided by the two tribes aren’t affected.

Part of the reason why casino-related bills have not moved in Congress this year is the fear of many lawmakers that the Bridgeport casino might violate the compact it signed with the Connecticut tribes and lose millions of annual revenue.

Based on the existing agreement, the Mohegan and Mashantucket tribes have the exclusive rights to operate gaming machines in Connecticut in exchange for a portion of their slot machine revenues.

Rep. Chris Rosario, however, insisted that the state needs a comprehensive look at gaming.

Meanwhile, MGM made yet another appeal to Connecticut Gov. Dannel Malloy to allow other casinos to operate in the state.

In a letter, MGM argued that urban casinos, sports betting and online betting have rendered the state’s casino compact with Connecticut tribes obsolete. MGM claimed that allowing it to build a casino in Bridgeport is the right move for Connecticut.

“We are willing to participate in multiparty talks that will allow the policy considerations to be placed in their proper context as the state considers how to adapt and modernize its gaming laws,” MGM said, according to the news outlet.