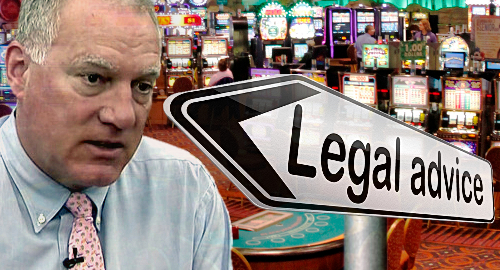 The legality of Connecticut’s proposed third casino has been further called into question after the state’s governor asked his attorney general for a formal opinion on the matter.

Earlier this week, the MMCT joint venture of the Mashantucket Pequot and Mohegan tribes selected East Windsor as the site of their new $300m casino project. But lingering questions over the project’s legal standing may render that selection moot.

On Thursday, Gov. Dannel Malloy asked Attorney General George Jepsen (pictured) for a formal opinion on whether the new tribal casino would survive a legal challenge by casino operator MGM Resorts as well as a review by the federal Bureau of Indian Affairs.

The tribes operate the state’s two casinos – Foxwoods Resort Casino and Mohegan Sun – while MGM is constructing its $950m MGM Springfield resort in Massachusetts just across the border from East Windsor. The tribes made no secret of the fact that their joint venture was intended to divert gamblers in northern Connecticut who might otherwise patronize the MGM property.

MGM maintains that Connecticut legislators awarded the tribes the third casino license without allowing other casino operators the opportunity to bid. In all likelihood, MGM has no interest whatsoever in building a box of slots in Connecticut, but their constitutional argument has left legislators feeling vulnerable.

There’s also the question of whether the federal Indian Gaming Regulatory Act (IGRA) allows the tribes to operate a casino not located on tribal lands. Connecticut legislators are currently mulling enabling legislation that would allow the East Windsor project to proceed, as well as a rival bill that would open up the third casino license to a public tender.

Malloy’s letter asks Jepsen for his opinion on MGM’s chances of prevailing in court, what risks Jepsen foresees for the state’s tribal gaming compact – which gives the tribes exclusive slots rights in exchange for 25% of slots revenue – as well as the potential impact on future tribal gaming issues.

Jepsen has yet to comment on Malloy’s letter, but Jepsen wrote a memo in 2015 that urged legislators to tread lightly on the third casino issue due to the “uncertainty and the attendant risks … to the current arrangements” with the tribes.

Last April, the Bureau of Indian Affairs sent the tribes a letter saying its initial examination of the third casino proposal revealed no conflicts with either the state compact or IGRA. But the opinion expressed in that letter isn’t binding, and there’s a new orange-tinted sheriff in the White House who has a tetchy relationship with the state’s gaming tribes.

News of Malloy’s letter to Jepsen upstaged the tribes’ public signing of a development deal with officials in East Windsor. Under the deal signed on Thursday, East Windsor area residents will be given priority for landing the estimated 1,700 construction jobs and 1,700 permanent positions the casino will provide once it’s up and running.

Thursday also saw MGM execs updating Massachusetts gaming regulators on their progress on MGM Springfield. The in-development property’s president, Mike Mathis, was asked about competition from East Windsor, to which Mathis responded “it may impact any of our visitation if it ever comes to fruition.” Emphasis on the ‘if’.