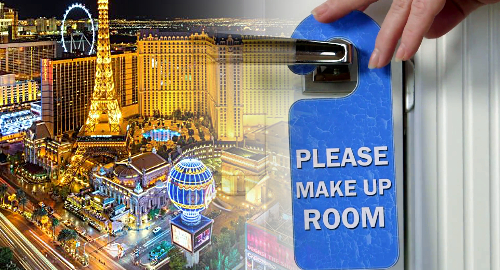 Nevada sportsbooks set a new betting handle record for the month of April while overall casino revenue fell shy of the $1b mark for the first time this year.

Figures released Thursday by the Nevada Gaming Control Board show statewide gaming win of $953.7m in April, up nearly 7.6% from the same month last year. Las Vegas Strip casinos reported revenue up 5% to $499.5m, while Downtown casinos surged 15.6% to $60.5m.

Nevada’s sportsbook operators reported revenue up 8.1% to $16.3m, marking the 57th straight month the books have beaten the punters. The number would have been far higher had football bettors not cashed in $3.9m worth of outstanding tickets. Overall betting handle hit $316m, the best April result since 2015’s $292m.

Basketball led the wagering revenue chart with $8.64m, more than doubling the April 2017 total. Baseball ranked second with $6.57m, down more than one-third year-on-year. ‘Other’ sports slipped more than one-quarter to $4m while parlay cards were up 425% to $1m. The state’s race books added $2.84m, down 10%.

It won’t be reflected in the numbers for another couple months, but Nevada books are facing a potential $7m hit should the National Hockey League’s Las Vegas Golden Knights prevail over the Washington Capitals in the Stanley Cup finals. Books run by William Hill and Station Casinos are reportedly on the hook for $1m apiece should the local lads hoist Lord Stanley’s trophy next week.

The casinos are also facing a potential $10m per day loss should some 34 casinos fail to reach agreement with their unionized workers by midnight Thursday. Around 50k bartenders, housekeepers and other staff could begin strike action by Friday without a new contract. The strike wouldn’t affect dealers or croupiers.