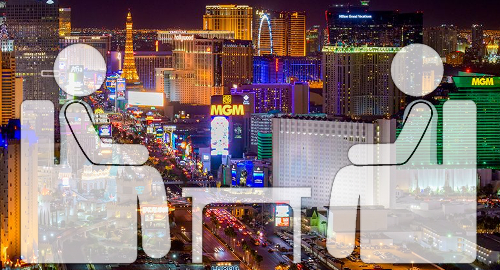 Las Vegas casinos are weighing the potentially significant cost of a labor strike that could commence as early as Friday.

Last week, members of the Culinary Workers Union Local 226 and Bartenders Union Local 165 voted 99% in favor of walking off the job if there’s no satisfactory replacement for their current labor agreements with 34 Vegas casinos that expire at midnight Thursday.

On Wednesday, union analysts claimed that casinos on the Las Vegas Strip and in the downtown district are facing a penalty in the nine-figure range in the first month alone if the strike goes forward. MGM Resorts and Caesars Entertaiment, which together operate 18 of the vulnerable casinos, could face losses of $206m and $113m, respectively.

Union reps conceded that accurate projections of losses are difficult given that the last major strike was way back in 1984, when Vegas was a very different place, both in terms of the number of hotel rooms and visitor traffic. But the unions maintain that MGM and Caesars are likely looking at a 10% daily cut in revenue.

On the flip side, Vegas properties run by non-union operators like Las Vegas Sands and Wynn Resorts could enjoy a mild boost in business by offering customers the same level of service they enjoyed prior to the as-yet theoretical strike.

The unions, which represent 50k bartenders, cocktail servers, housekeepers, cooks, porters and other staff, are seeking a new five-year contract with annual raises of 4%, while the Associated Press reported that MGM and Caesars have reportedly countered with offers of 2.7% to 2.8%.

MGM met with union negotiators on Monday and has more talks planned for this week. Both MGM and Caesars continue to express confidence that labor peace can be achieved before the Friday deadline. Other affected operators include Boyd Gaming, Golden Entertainment, Penn National Gaming and Station Casinos.